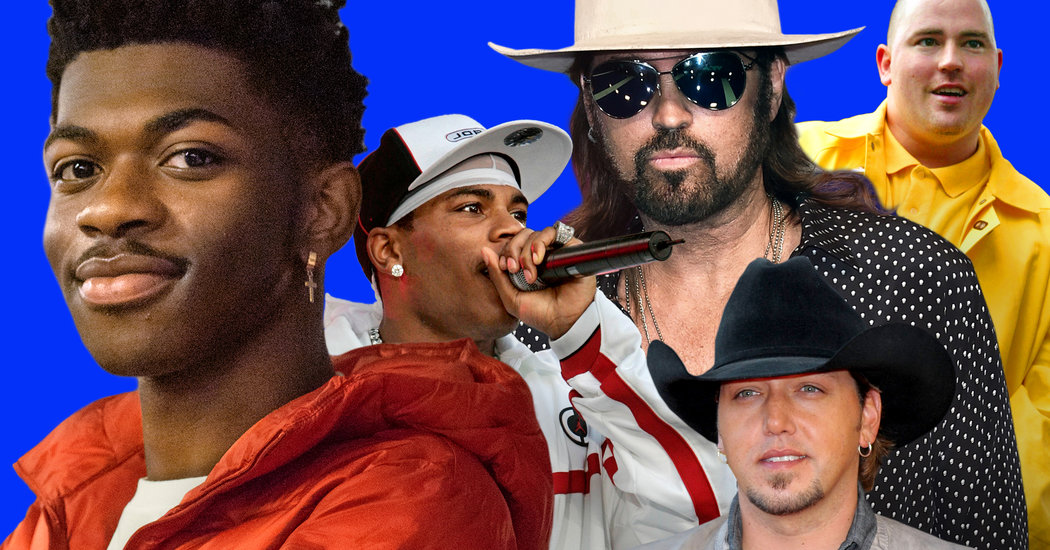 The viral success of “Old Town Road” has turned the 20-year-old rapper into an overnight sensation and rebooted conversations about who is allowed to represent the rural experience.

It began as a Hail Mary pass by a college dropout hoping music might save him from having to go back to school. But in the way that the internet can rapidly make and remake something, morphing meaning in real time, Lil Nas X’s track became something different almost every few days on its path from SoundCloud obscurity to pop ubiquity: a savvy troll, a manipulator of streaming algorithms, a meme theme, a battering ram to genre barriers, a trigger of music-biz discord, a David suffering at the hands of Goliath, a sociocultural rallying point, and eventually, a site of cross-cultural kumbaya.
[Listen to a history of country-rap in 29 songs.]

And now, it’s likely to be one of the most emblematic songs of the year: On April 8, “Old Town Road” became the No. 1 song in the country, capping a startling ascent that demonstrates what can happen when viral engineering meets lightning-rod controversy meets the pop uncanny.