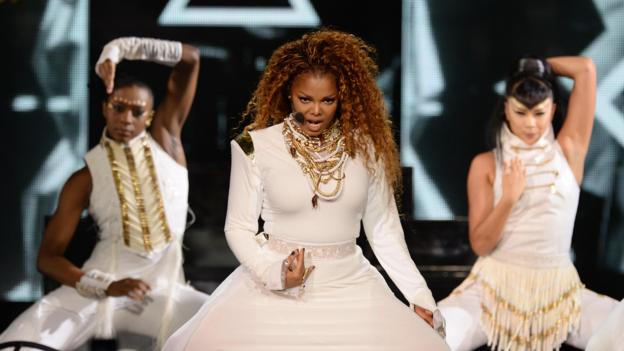 Why Janet Jackson is pop’s most underrated legend
With a Glastonbury show and a Las Vegas residency, the singer is back in the limelight – which is good reason to celebrate her as the pioneer she has been, writes Nick Levine.
www.bbc.com

Janet Jackson’s upcoming appearance at this year’s Glastonbury Festival has already made headlines. When the singer tweeted the poster for the internationally-renowned British weekender in March, fans spotted that she’d doctored the original image to promote herself from fifth on the bill to first, leapfrogging headline acts The Killers, The Cure and Stormzy, plus Kylie Minogue, who’s playing the Sunday afternoon ‘legends’ slot.

It was a brazen and amusing bit of self-aggrandizement from the US star, who is back in the limelight this summer, with her new Las Vegas residency being hailed as a return to “top form” when it began last month. But many fans felt it was more than justified. For, despite a glittering career that includes 10 US number one hits, estimated global record sales totalling 100 million, and a recent induction into the Rock and Roll Hall of Fame, Janet remains a strangely underrated pop icon.

Glad Janet Jackson is back, I "Missed Her Much!"