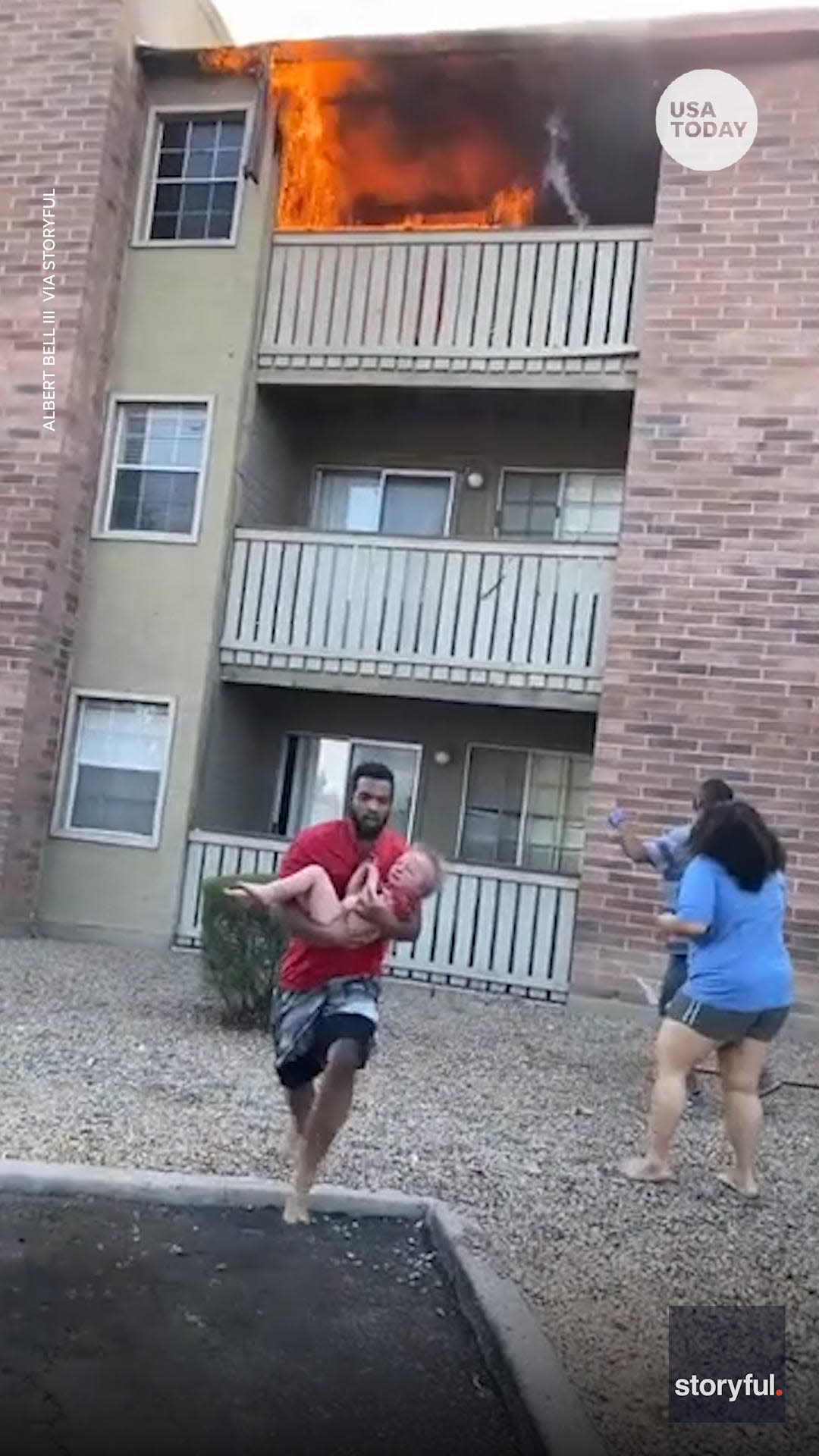 Phillip Blanks, a former football player and Marine, dove to save a child from a burning building last week. Harrowing video caught the act.

Phillip Blanks caught countless passes in his career as a wide receiver. None could have been as great as his diving grab last week.

As a fire raged through a Phoenix apartment building on July 3, Blanks said his instincts kicked in as a mother dropped her toddler from the balcony to save his life.

"Ultimately, this is my job," Blanks, a former Marine who now works as a body guard, told MLive.com. "It was all fast, it was a blur. It was tunnel vision as I was running. I didn’t see anything but the baby."

Heart-wrenching video of the save shows Blanks, 28, rush in and dive to grab the child just before he nearly hit the gravel below the balcony. The 3-year-old and an 8-year-old girl survived the flames but were hospitalized with injuries. The children's mother died in the fire.

Blanks told KABC-TV that he heard a commotion outside last Friday when he went to look, not even taking the time to grab his shoes.

This is heart-wrenching! I thank God and I am so grateful the baby boy and his sister were saved, but I am very sorry to read that their mother lost her life. Kudos to Mr. Blanks! While I don't know him personally, he is a true HERO, and I am thankul for his military service.
You must log in or register to reply here.
Share:
Facebook Twitter Reddit Pinterest Tumblr WhatsApp Email Link
Top