Apple’s Aggressive New Version of CarPlay Is Scaring the Car Industry. Here’s Why. 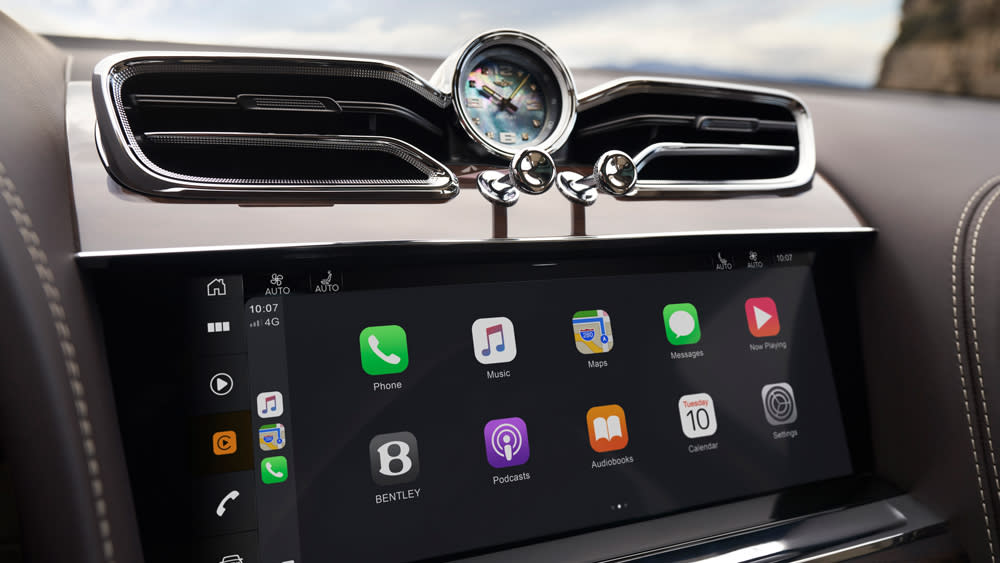 Apple’s Aggressive New Version of CarPlay Is Scaring the Car Industry. Here’s Why.

This could be the moment Apple takes a huge bite out of automakers' revenue.

The issue at hand begins with the next-gen CarPlay’s extreme integration. Rather than embedding a simplified iPhone mirror into a centrally positioned multimedia touchscreen, the revamped interface takes over all interior displays, including the instrument panel and related gauges, along with ancillary items like air conditioning controls. The move is significant not only because of its unprecedented takeover of a vehicle’s pre-existing architecture, but because it has the potential to create significant financial upside for Apple.

Already teased at a recent Apple developer conference is a feature that enables CarPlay to navigate to a gas station and pay for the fill-up. The idea isn’t new; according to Car & Driver, GM attempted the trick as early as 2017, but later abandoned it. But the sense in the industry is that Apple’s longstanding ability to take a significant challenge and create an elegant and intuitive solution means that this time round it’s more likely to gain rapid, widespread acceptance.

Which explains why carmakers are feeling more threatened than ever by the idea of handing over their user experience to a savvy outsider. As Wedbush Securities analyst Dan Ives explained to Marketplace.org, “Auto is a massive industry for Apple because it’s just a further expansion of its ecosystem. Its goal is to be more and more entrenched in consumers’ life.” Monetizing gas station tip-offs is the tip of the iceberg; CarPlay’s integration of apps for everything from parking spot finders to EV charger locators suggests the monetized possibilities are endless.
You must log in or register to reply here.
Share:
Facebook Twitter Reddit Pinterest Tumblr WhatsApp Email Share Link
Top