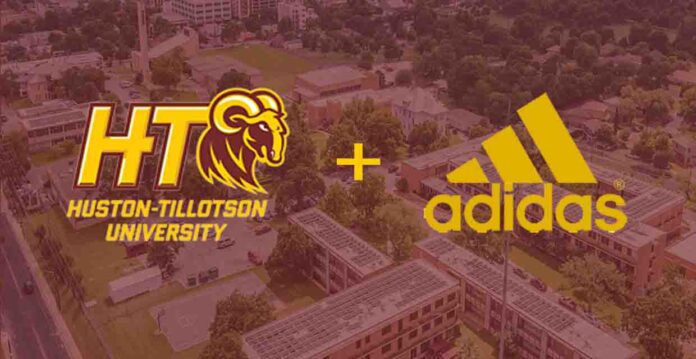 Huston-Tillotson University and adidas have entered into a new four-year partnership, in which adidas will supply footwear and apparel via Cardinal Sports for all 13 RRAC athletic and cheerleading teams, beginning with the impending 2020-2021 academic year.

“This is an exciting time for HT! The partnership with adidas and Cardinal sports will help to elevate Ram Athletics. The relationship will provide an opportunity to further amplify the HT brand by having all of our teams sport a consistent and uniform look.” said Dr Monique Carroll, Director of Intercollegiate Athletics.

This partnership designates adidas, as the official athletic footwear, apparel, and accessory brand of Huston-Tillotson University for the next four years. Fans can purchase official fan gear at http://www.htramsathletics.com/shop. Use code NNJSZ.

adidas is a global designer, developer and marketer of athletic footwear, apparel and accessories with the mission to make all athletes better. adidas is the official uniform, footwear and apparel provider for more than 100 collegiate programs.

Cardinal’s Sport Center began serving the Lubbock and surrounding area in 1946. Although the original store was known as The Sport Center, the name was changed in 1969 after being purchased by Johnny Cardinal. Since that time Cardinal’s has been family owned and operated for three generations. In 2011, Cardinal’s Sport Center opened a new location as the showcase store of the Lubbock area, as well as opening a new location in Plano, TX. As a local store, Cardinal’s prides itself in customer service, local youth and school sponsorships, and our ability to serve the surrounding community. The store has grown and changed in many ways since 1946 but offering excellent sporting goods and superior customer service remains the ultimate goal.