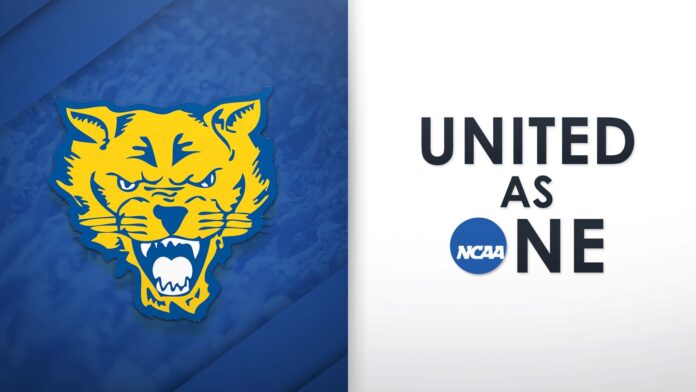 The #UnitedAsOne campaign, created and led by NCAA member schools, started to form less than 24 hours after the remaining NCAA winter and spring championships were canceled due to the evolving global health threat surrounding COVID-19.

Unity, at an unprecedented time, became a rallying cry among the membership of more than 1,100 schools and nearly 500,000 student-athletes across three divisions. It started small. A group of about 50 digital and social media creatives within different athletics departments began direct messaging each other on Twitter on Friday.

“What should we do?”

Quickly, the consensus became to find a way to come together, to show unity and support within college athletics during a trying time for everyone in the country. That evolved into the #UnitedAsOne campaign, which officially launched at 4:16 p.m. Eastern time Thursday, exactly a week after the announcement of the NCAA canceling the remaining 2019-20 winter and spring championships.

“Moments like this, I feel like we should be bringing our teams together,” said Brian Wagner, Michigan’s digital strategy and creative lead, who was part of the initial group that came up with the campaign. “All of our programs, all of our student-athletes, our coaching staffs, we’re all in the same boat here. This is certainly something to show that we’re all in this together.”

To show this, the social media accounts of schools across the country started posting a unified graphic Thursday. The graphic reads “United As One” on one side — the “O” being the NCAA’s logo — and is personalized with the school’s logo on the other side.

Sam LaBelle, creative content producer at Texas, designed the graphic. Marc Jordan, assistant director of social and digital strategy at Texas, was part of the original group on Twitter. Jordan helped finalize the messaging and then circulate the graphic template to conferences and athletics departments across the country.

“I think that showcasing the NCAA and all of its member institutions in a unified front will really help with that and show we’re together in this.”

In a social media role often driven by quantitative numbers, like engagements and impressions, Wagner said he hopes this #UnitedAsOne campaign’s impact is more qualitative.

“I really just hope it provides positive engagement and lifts some spirits and lets people know and be in comfort that we’re working together, all of us schools, conferences, to get through this in a safe, responsible manner,” he said, “and we’ll be back stronger than ever.”

This past week, Wagner added, has been a sobering reminder of what’s truly important. And it’s not always sports. Lately, his mind has frequently returned to Michigan men’s basketball head coach Juwan Howard’s statement on Twitter after the Big Ten Tournament, set to be held in Indianapolis, was canceled last week. Howard’s Tweet led with, “Some things are bigger than basketball.”

The next day, Wagner launched a #BiggerThan campaign for Michigan’s social media accounts. Soon after, the #UnitedAsOne campaign began forming. A similar underlying theme carried over between the two: that unity, in the face of adversity, is what’s important right now.

“I’m just happy that everyone is united around this cause and around this opportunity to show that we are arm in arm, ready to see what happens next,” Jordan said. “Everyone’s united and supporting each other and putting rivalries aside, putting their feelings for lost seasons aside and really thinking about the big picture and how we can all support each other.”