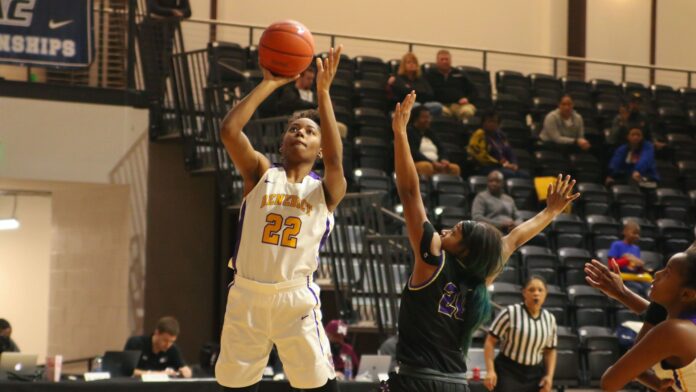 COLUMBIA, S.C. – The Benedict College women’s basketball team will take on Tampa University in the opening round of the NCAA Division II Tournament at noon on Friday in Cleveland, Tenn., on the campus of Lee University.

The 12th-ranked Lady Tigers, 27-3 overall and SIAC champions, received the sixth seed in the South Region. Tampa, 24-5 and the runner-up in the Sunshine State Conference tournament, earned the third seed.

Benedict made five consecutive trips to the NCAA Tournament from 2013-17. This is Benedict’s first appearance in the national tournament since falling to West Florida in the region semifinals in 2017.

Lee, 26-4, lost in the semifinals of the Gulf South Conference tournament, but still earned the top spot and will host the region tournament. Lee will take on fellow GSC member Alabama-Huntsville, the eighth seed, at 5 p.m. on Friday.

The winner of the Benedict/Tampa contest will advance to the region semifinals on Saturday and take on the winner between Union and Florida Southern. The region championship game will be Monday, March 16. The winners of the eight region tournaments will advance to the NCAA Elite Eight in Birmingham, Ala., beginning on March 24. The national championship game is March 27 and will air on CBS.