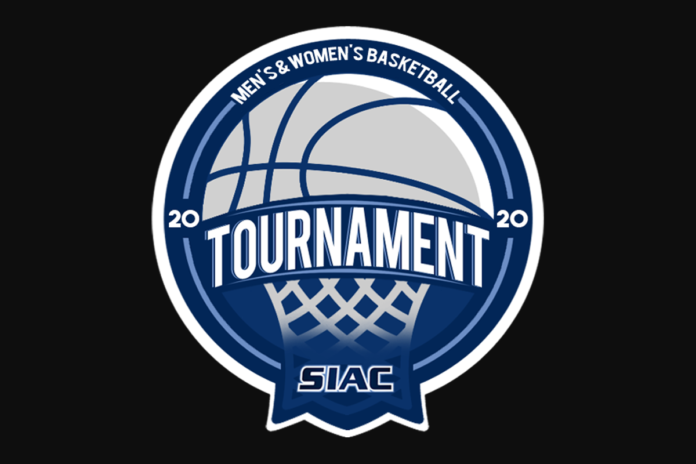 ROCK HILL, S.C. — For the Miles basketball team to go where it had never gone, it had to do something it had not had to do this season.

Faced with a 16-point deficit in the first half against one of the few teams that had earned a win against them this season, the Golden Bears were able to fight their way back against Albany State for a 69-56 victory to take home the 2020 SIAC championship Saturday night at the Rock Hill Sports and Event Center. The win gave Miles its second consecutive league championship and automatic berth in the NCAA Division II Basketball Championships.

Additionally, it makes Miles just the second school in the SIAC since 1966 to win men’s basketball and football championships in back-to-back years at the same time and the first to do it since former conference member Alabama A&M, which shared football titles and won the men’s basketball title in 1987-88 and 1988-89.

Miles (24-4) certainly had to work hard to get to the championship finish line as Albany State (17-14) dominated the game early. While the Golden Bears struggled putting the ball in the basket, the Golden Rams had little issue doing the same, which stood out more because of Miles’ status as the best defensive team in the country.

“We were doing things that I hadn’t seen all season. We were making a lot of boneheaded mistakes and they weren’t making plays. I knew that if we could correct the mistakes, we could get ourselves back in the game.,” said head coach Fred Watson. “But don’t get me wrong, they capitalized on our mistakes.”

Whatever Watson and the coaching staff was coming up with, it wasn’t working. The Golden Rams raced to a 17-4 lead in less than nine minutes and opened a 29-13 advantage with five-and-a-half minutes left in the first half. Miles had already burned two time outs and Albany State had all the momentum.

“We weren’t being ourselves defensively. We weren’t communicating. We weren’t moving like we move. We weren’t rotating like we rotate, and like coach said, they were capitalizing on our mistakes,” said Watson-Gayle. “But once we got locked in, and got a few stops in a row, after that we were rolling.”

Of even more surprise, Miles had trailed by exactly 10 points just once this season for a total of 42 seconds. So the Golden Bears were in unchartered waters. But Watson said he went back to preaching what has been a staple of his teams…to start by making just one play.

From there, Miles went on one of its patented defensive surges. For the rest of the half, Albany State missed its only two shot attempts and turned the ball over four times. Meanwhile, Watson-Gayle (22 points) went off, scoring nine straight points as part of a 13-1 run going into the break that cut the deficit to 30-26.

The Golden Bears still needed to make some adjustments defensively after allowing Albany State to shoot 65 percent from the field over the first 20 minutes. But just as important, the offense had really found its stride. When Avery Brown scored on a jumper less than three minutes into the second half, the score was tied at 32. The teams would trade the lead a few times but when Richard Feagin (six points, four rebounds) drained a 3-pointer with nine minutes to go, Miles led 43-41 and would not trail again.

“We were getting some stops, and that was a big part of it. But we were able to get into a good rhythm offensively and kind of get a good feel for what they were doing and exploit some matchups,” said Brown, who scored 18 points and joined Watson-Gayle on the All-Tournament Team. “That allowed us to keep getting buckets down the stretch.”

As the clock ticked down to zero and the team began to celebrate its accomplishment, Watson was able to turn his attention to the upcoming NCAA Tournament. Despite the dominant season Miles has had, it was ranked No. 10 in each of the South Region rankings this season, behind teams that have not enjoyed near the success the Golden Bears have.

“It’s a lack of respect for us. But we make no excuses,” said Watson, who was named Coach of the Tournament. “I tell my guys that if I believe something in me, then I’ve got to prove it to other people. So we’ve just got to prove that we’re better than No. 10. But I don’t think we’re the No. 10 team.

“When it comes to the tournament, you just want to get in. I knew coming in, we were going to have to win this tournament to get in. So we’re in and we’ve given ourselves a chance, and I like our chances.”

Napoleon Harris and Kamil Brown each had 15 points to lead Albany State. Frank Royles had 14 points and six rebounds and Umar Frost added seven points and a team-high eight rebounds for the Golden Bears, who will learn their opening-round opponent in the NCAA Tournament on Sunday night.