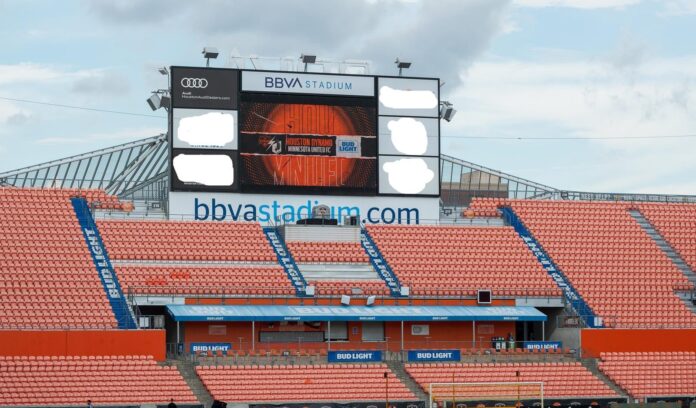 The Texas Southern University Department of Athletics has secured the largest single gift in athletic history as the department will receive a video board courtesy of the Harris County Sports Authority, BBVA Stadium and the Houston Dynamo.

The video board, which measures 25×40, is an LED high definition screen and was formerly on display at BBVA Stadium in the north end zone. The board will be erected behind the south end zone inside TSU’s Durley Stadium and is anticipated to be functional during the 2020-21 athletic campaign. The board, which is manufactured by Panasonic and valued at $540,000, will instantly enhance the gameday and student-athlete experience inside Durley Stadium as it will offer additional university and team branding content along with fan engagement.


“The Texas Southern Department of Athletics is truly appreciative of this gift as we would like to thank the Harris County Sports Authority, BBVA Stadium and the Houston Dynamo for their efforts,” said Vice President for Intercollegiate Athletics Kevin Granger. “The gameday experience for our student-athletes, alumni and fans will change significantly as a result of this gift as it’ll be in use for our soccer and football events in addition to the TSU Relays. The video board will also create additional revenue opportunities for the department as both current and potential sponsors will have another avenue to showcase their products.”

Durley Stadium is the primary home for the TSU soccer team and TSU Relays. This past season, football returned to Durley Stadium for the first time since 2008 as the homecoming contest was back on campus. A new scoreboard, which was erected in the north end zone, made its debut in September along with new fencing which features a branded mesh fence wrap and a ticket booth.

TSU’s H&PE Arena, which is home to the volleyball and basketball teams, has added a pair of LED scorer’s tables within the past few years along with a video board which made its debut in January of 2020.