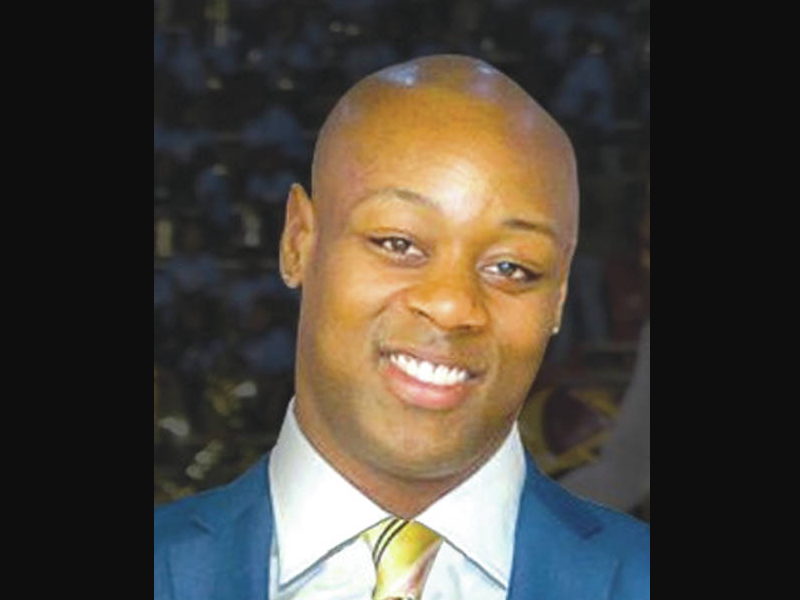 CSU Athletic Director Tara A. Owens emphasized the best interests of the student-athletes throughout the hiring process.


“During our national search, we received an influx of interest from qualified candidates. After great analysis and thought, we believe Bobby Rome is the right person to lead and develop our student-athletes,” Owens said. “Coach Rome has an intense passion for the sport and an unmatched drive to succeed. Under his guidance, we believe our student-athletes will flourish on the field and in the classroom.”

“I am honored to be selected to lead the football program at Central State University. CSU has a tremendous history and provides a great opportunity for student-athletes to develop and achieve their aspirations,” Rome says. “Our staff is going to do everything we can to prepare our students to become successful individuals on and off the field. Our goal is to produce young men that the CSU community can be proud of.”

Rome spent the last two seasons serving as head coach at the University of Virginia – Lynchburg. Taking over a non-scholarship based football program on a 44-game losing streak, Rome’s VUL team immediately showed improvement in 2018 as Rome won his VUL coaching debut over Louisburg College. VUL went on to beat Brevard College and upset Fort Valley State University. At the conclusion of the season, Rome was named the 2018 Small College Sports Report National Coach of the Year.

In 2019, Rome’s Dragons opened the season with a 48-0 win over Middle Georgia State University. Rome’s scheduling of seven NCAA Div. I programs during the 2019 season created monumental revenue for VUL. Competing against schools possessing greater monetary resources and scholarship allocation, Rome’s team remained competitive. VUL nearly upset Mississippi Valley State University during the Devils’ homecoming, falling just short, 31-26 and put up over 500 yards of offense in a competitive game against the Bears of Morgan State University.

In addition to his coaching duties, Rome also served as VUL’s athletic director and was a member of the executive board. During his time at VUL, he also participated as a coach at the Tropical Bowl, National Bowl, FBS Bowl, and Globe Bowl.

Prior to taking the job at VUL, Rome worked at his alma mater as the head coach of the University of North Carolina’s club football team. A program that had not competed since 2012, the Tar Heels club team won in Rome’s coaching debut and went on to a 4-4 record.

Rome also coached internationally. From 2013 to 2016, he served as the head coach at Far Eastern Federal University in Vladivostok, Russia. Rome directed all aspects of the program while serving as an American ambassador for the sport of football in Russia.

A native of Norfolk, Virginia, Rome was a four-year starter at quarterback at Granby High School, throwing for more than 1,700 yards as a senior and leading Granby to the Eastern District title.

Rome went on to play for the Tar Heels at UNC from 2006 to 2009. Originally recruited to UNC as a quarterback, he was moved to the fullback position during his freshman year and played in 49 of 50 games during his collegiate career, missing only one game because of illness. As a junior and senior, he played on Tar Heel teams which received bowl game invitations.

After graduating from UNC in 2009, Rome spent time in the NFL with the Green Bay Packers, Kansas City Chiefs and Pittsburgh Steelers. After his stint in the NFL, Rome was offered a playing opportunity from the Moscow Patriots in Russia, where he was the team’s star import and lone American player.

Rome will make his CSU coaching debut on Sept. 6 against Howard University at the Black College Football Hall of Fame Classic in Canton, Ohio.

“Fans and opponents can expect a team that is well-disciplined, mentally prepared and physically conditioned each and every week,” said Rome. “Our players will demonstrate a level of work ethic that is unquestionable as we establish a culture of healthy competition and high standards.”

Rome becomes the fifth head coach since CSU reinstated the program in 2005 under NCAA Div. II governance. CSU football previously competed as an NAIA program, with a brief dual affiliation with NCAA Div. II in the 1970s and early 1980s. The Marauders were NCAA Div. II national runner-ups in 1983 and won NAIA national titles in 1990, 1992 and 1995. From 1997 up until the resurgence of the program in 2005, CSU did not field a football team.