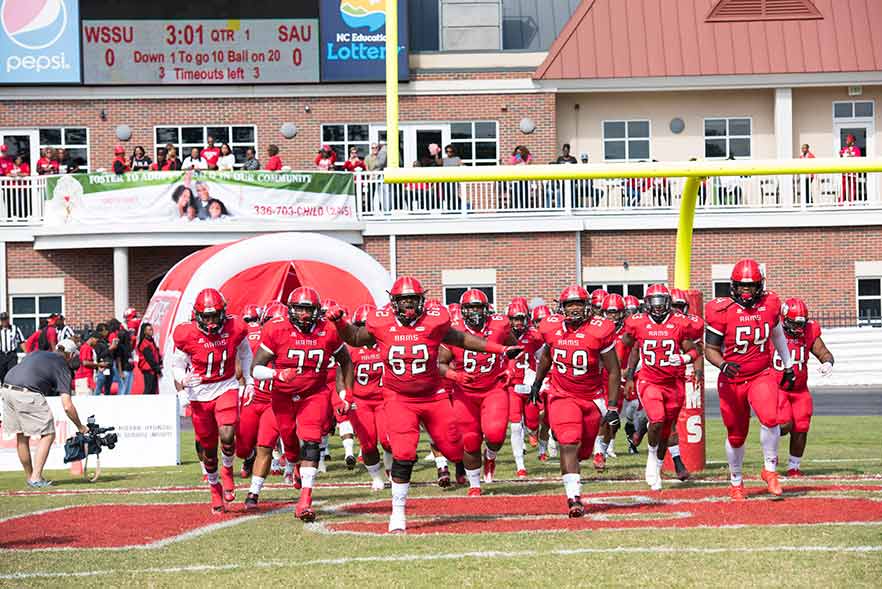 WINSTON-SALEM, NC – The Winston-Salem State University Department of Athletics is proud to announce its 2020 Rams football schedule. The Rams will play an exciting slate of games, including five home games, against some longtime rivals along with a thrilling schedule of CIAA games.

The Rams will open the season with an exciting line-up of non-conference games. The team will open the season with a familiar foe when they host the UNC Pembroke Braves on September 5th. The two teams have met every season since 2010. The Rams will follow that game by renewing an even older rivalry when they head to Durham, N.C. to take on the North Carolina Central Eagles on Saturday, September 12th. The Rams and the Eagles have not met on the gridiron since WSSU took a 34-27 win in their last trip to Durham on September 11, 2010. The Rams will close out non-conference play when the team hosts the Tuskegee Golden Tigers for homecoming on September 19th.


After a competitive set of non-conference games, the Rams will kick off CIAA play with a pair of cross-divisional games. The Rams will open conference play by hosting the Elizabeth City State Vikings on September 26th. WSSU will then hit the road to take on the Chowan Hawks on October 3rd.