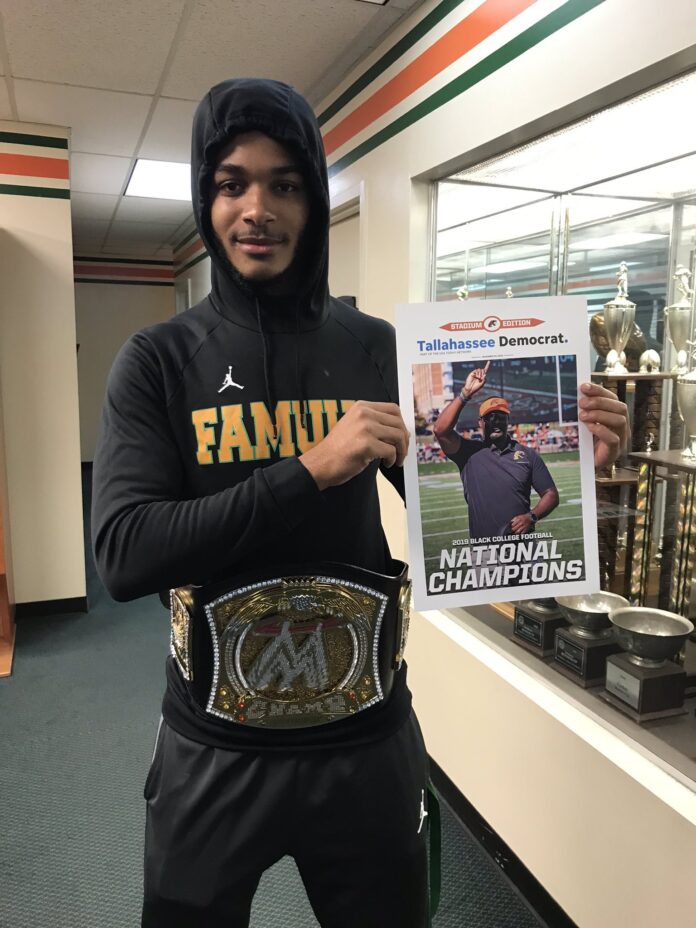 Remember when the University of Central Florida declared itself FBS national champions two years ago despite the fact it wasn’t a participant in the College Football Playoff?

The Golden Knights produced championship rings, shirts, banners and even had a full-fledged celebration in honor of its unbeaten 2017 season.


Taking a page out of the UCF playbook, Florida A&M made a similar declaration for its 9-2 regular season and 7-1 mark in MEAC play in 2019.

This all was relative considering FAMU was ineligible to participate in postseason play as a result of NCAA penalties.

Florida A&M will have to settle for a self-proclaimed national title, though the Celebration Bowl has recently decided the Black National Champion since its inception.

Some would argue that the Rattlers can’t name itself national champs if they didn’t “officially” win its conference or win a postseason game.

If you live in Daytona Beach, Florida, there is no way you’re giving FAMU credit after losing the Florida Classic — the last game it played — to rival Bethune-Cookman.

But college football has historically functioned in a way in which teams have declared themselves champions.

FAMU is no different in calling themselves championship in their own minds.