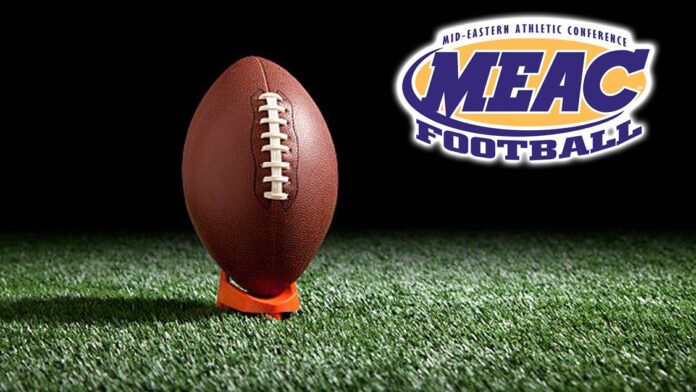 Kennedy (LB, 6-3, 235, r-Sr., Ft. Lauderfale, Fla.) finished with a game-high 15 tackles, with four tackles for a loss of 11 yards and a sack, at Bethune-Cookman. He also recorded an interception in the first half.

Lagrone (OL, 6-2, 356, r-Fr., Douglasville, Ga.) graded out at 92 percent and spearheaded an Aggies squad that amassed 410 yards rushing and 594 yards of total offense. He didn’t yield any sacks and recorded three pancake blocks with no penalties in the win over Norfolk State.

Bailey (WR, 6-1, 195, Sr., Capitiol Hights, Md.) blocked a Bryce Cowards punt and recovered the ball in the end zone for the final score for the Bears. He also had four catches for 54 yards.

Cedrick Jackson (B-CU) graded out at 89 percent and aided the Wildcats in amassing 430 yards of total offense.

Tarique Akbar (FAMU) graded out at 85 percent and helped the Rattlers amass 396 yards of total offense.

Markquese Bell (FAMU) registered seven tackles, including five solo stops with a pair of breakups and one interception.

Xavier Smith (FAMU) had nine receptions for 129 yards and two touchdowns in the win for the Rattlers.

Josh Chase (MSU) had 25 carries for a season-high 124 yards against Bethune-Cookman.

Kyin Howard (NCAT) led the Aggies in tackles with 14 total tackles, four tackles for a loss of 11 yards and one sack for five yards. He also recorded an interception.

Josh Nardone (NSU) made both of his field goal tries, including a career-long 44-yarder in the first quarter.