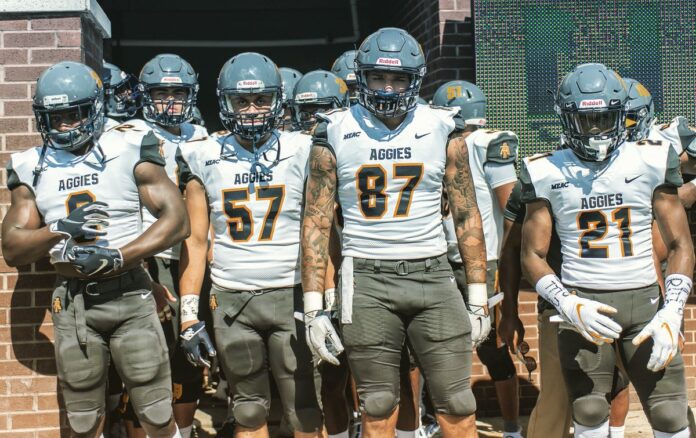 The Aggies received all but three first-place votes which were taken by last year’s runner-up Alcorn State who took the No. 2 spot, followed by Southern, Bethune-Cookman, and Grambling.


“Whenever you see yourself in the top position to open the season it tells you there is a lot of respect out there for your program. It also shows you how big that bull’s-eye is on your back,” said N.C. A&T head coach Sam Washington. “We cannot afford to take anyone for granted because we have had an enormous amount of success lately. Everybody is looking to remove us from the top. Now the challenge for our young men is how hard do you want to work to stay on top? We are going to find that out this year.”

The Aggies lose some pieces from last year including the school’s all-time leading passer Lamar Raynard and the 2018 BOXTOROW Willie Davis Defensive Player of the Year, defensive end Darryl Johnson, Jr. who opted to enter the NFL Draft after his junior year and was selected in the seventh round by the Buffalo Bills. Quarterback Kylil Carter takes over the reins and has been in some big spots for the Aggies over his four-year career, helping N.C. A&T win some big games including the victory over FBS opponent ECU last year. Wide receiver Elijah Bell also returns for the Aggies. Defensively, the Aggies return one of the best defensive backs in the country in Mac McCain, III, who enters his junior year as a two-time BOXTOROW All-American with three career pick-sixes. He’s also on the Buck Buchanan Award preseason watch list as one of the top players in FCS.

North Carolina A&T faces stiff competition from the onset hosting 2018 FCS Playoff participant Elon to open the season before traveling up the road to Durham to take on ACC opponent Duke.

Alcorn State, on the other hand, returns eight starters on offense led by quarterback Noah Johnson who completed 62 percent of his passes last year and collected 3,287 of total yards including 1,080 yards rushing and 25 total touchdowns. Running back De’Shawn Waller also returns for his senior season, having finished second in the SWAC in rushing (1,215). The duo combined to rush for 287 yards and two touchdowns in the Braves narrow 24-22 loss to the Aggies in the Celebration Bowl in December. Both players
are on the Walter Payton Award preseason watch list for the top offensive player in FCS.

The BOXTOROW HBCU FCS Coaches Poll is administered by FROM THE PRESS BOX TO PRESS ROW and is voted on by the HBCU Football Championship Subdivision coaches.