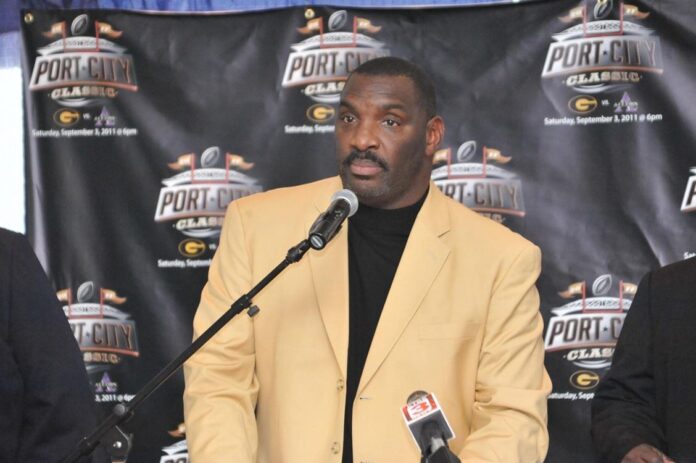 GRAMBLING, La. – Grambling State University, along with the department of athletics, will hold a special ceremony at 3 p.m. on Friday, to honor former GSU quarterback Doug Williams.

Grambling State will hold a street naming ceremony in honor of Williams and will take place on the corner of Facilities and Stadium Drive in Grambling, La.

Williams, who was a two-time recipient of the Black College Player of the Year Award, attended Grambling State and played for legendary head coach Eddie Robinson. He guided the Tigers to a 36-7 record as a four-year starter at quarterback and led Grambling State to three Southwestern Athletic Conference (SWAC) Championships.

In 1977, Williams led the NCAA in several categories, including total yards from scrimmage (3,249), passing yards (3,286), touchdown passes (38), and yards per play (8.6). He finished fourth in the Heisman Trophy voting, behind Earl Campbell, Terry Miller and Ken MacAfee.

Williams graduated from Grambling State with a bachelor’s degree in education and began working on his master’s degree before the 1978 NFL Draft.

Despite the success that he enjoyed on the football field, then-Tampa Bay Buccaneers offensive coordinator Joe Gibbs was the only NFL coach that visited Williams. Gibbs spent two days with Williams, reviewing playbooks, film and going through passing drills. Gibbs rated Williams as the best quarterback in the draft and the Buccaneers selected the 6-foot-4 quarterback in the first round (17th overall) in the 1978 NFL Draft. With that selection, Williams became the first African-American quarterback taken in the first round of an NFL Draft.

During the 1986 season, Williams reunited with Gibbs in Washington and initially served as a backup to Jay Schroeder. However, an injury to Schroeder moved Williams into the starting spot. Williams, who went 42-45-1 overall, passed for 100 touchdowns and rushed for 15 touchdowns in 88 games, helped guide the Redskins to the Super Bowl XXII as Washington routed the Denver Broncos. In addition to winning a Super Bowl, Williams became the first black quarterback to play in the big game. In the Super Bowl, Williams completed 18 of 29 passes for 340 yards, with four touchdowns, as he earned Super MVP honors.