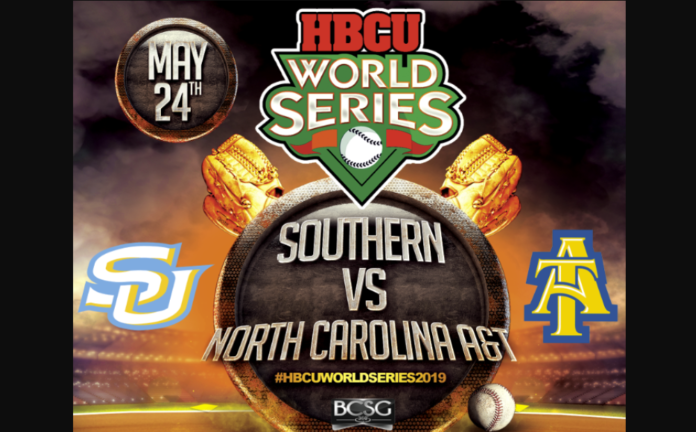 EAST GREENSBORO – Built on the legacy of greats such as Al Holland, Lou Brock, Andre Dawson and Tom Alston, the North Carolina A&T Aggies will take on the Southern Jaguars in the inaugural Historically Black College and University World Series to be played at Guaranteed Rate Field, home of Major League Baseball’s Chicago White Sox.


“We want to utilize these events to promote educational opportunities to urban youth who in some cases may not even know schools with the history of a North Carolina A&T State University or a Southern University even exists,” said Erwin Prentiss Hill, the CEO of the Chicago-based Black College Sports Group 360 (BCSG). “These oftentimes may be first-generation college prospects. They have good grades and good GPAs. They just do not have an understanding from a previous generation of what it takes to navigate that process.”

Hill hopes to use the HBCU World Series and other events like it to promote black collegiate sports while at the same time inviting someone from each school’s admissions department to deliver information about their respective universities.

Holland, an Aggie graduate, is a member of the College Baseball Hall of Fame. Alston, another Aggie alumnus, became the first black player on the St. Louis Cardinals roster in 1954.

Brock played college baseball at Southern and spent 19 years on the major league level, was a six-time All-Star and a two-time World Series champion. Brock once held the single-season and all-time stolen bases records before Ricky Henderson broke both marks. Dawson was a standout at Florida A&M and for the Chicago Cubs becoming only the second player in MLB history to record 400 home runs and 300 stolen bases. Dawson was an eight-time All-Star and spent 21 years in the majors.

“Greatness comes from historically black colleges and universities,” said Hill, who earned his undergraduate degree from Tennessee State University and his master’s degree from Clark Atlanta University. “The bottom line is to get more urban youth back to our HBCU’s, so that talented young men and women can add to the legacy of our outstanding predominantly black universities.”

Southern and N.C. A&T will play the game after their respective conference tournaments. Both teams will still be under their 56-game regular-season limit when the HBCU game is played. The game will not influence either team’s ability to reach an NCAA regional.