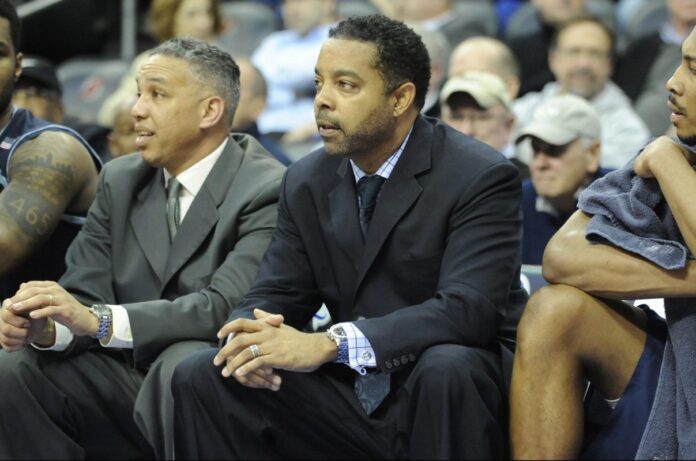 Broadus comes to Morgan from the University of Maryland, College Park, where he has been one of the nation’s best recruiters as the top assistant on Mark Turgeon’s coaching staff. This past season Broadus was influential in the successful NCAA tournament run for the Terps. Consistently ranked in the top 20 nationally for recruiting, Broadus was instrumental in signing a number of local Baltimore talents such as DeJuan Summers, Brandon Herbert, LaFonta Johnson, and Henry Sims.


“Kevin Broadus embodies all of the characteristics that we desired in the hiring of our next head men’s basketball coach,” said Dr. Scott. “Throughout his career, Kevin has built a tremendous reputation for his ability to recruit outstanding talent and developing his student-athletes on and off the court. His prior experience as a head coach and strong relationships in the DMV area will be a valuable asset to our program. We are excited to welcome Kevin, his wife Belinda, and their children to the Morgan family.”

“On behalf of my family, we are extremely honored and excited to join Morgan State University and to become a part of an institution steeped in the tradition of athletic excellence,” said Broadus. “I thank University President, Dr. David Wilson and Director of Athletics, Dr. Edward Scott for this tremendous opportunity. We look forward to working with the student-athletes, administration, and campus community at Morgan and bringing an exciting brand of basketball to Baltimore.”

Broadus arrived at Maryland following his second stint at Georgetown University, a run that lasted seven years. He was a member of Coach John Thompson III’s staff that won three Big East championships and advanced to seven postseason tournaments during his total nine years with the Hoyas, including two trips to the Sweet Sixteen and one trip to the Final Four in 2007. He also spent two seasons as the head coach at Binghamton University (2007-09), leading the Bearcats to an America East championship and their first-ever NCAA Tournament appearance in 2009.

Broadus played a season of college basketball at Grambling State University before finishing his Hall of Fame career at Bowie State University, where he graduated from in 1990. Upon graduation, Broadus remained at Bowie State as an assistant coach until 1993, before serving as an assistant at the University of the District of Columbia (UDC) for four seasons. While coaching at UDC, he earned a master’s degree in counseling in 1995. Broadus also had coaching stints at American University (1998-2001) and George Washington University (2001) before landing at Georgetown in 2004.

A native of the Washington D.C. suburbs, Broadus played basketball at Paul Laurence Dunbar High School in the District and at Montgomery Blair High School in Silver Spring, Md. He began his collegiate career redshirting his freshman year at Grambling State before returning home to attend Bowie State, where he lettered three years and earned a bachelor’s degree in business administration in 1990.