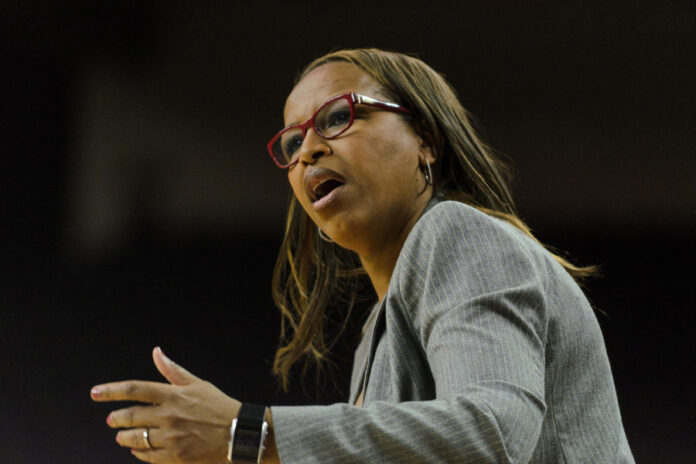 Texas Southern University will have a familiar face patrolling the sidelines in 2019-20, as TSU announced Tuesday that Cynthia Cooper-Dyke will return to coach the women’s basketball team.

One of the most decorated professional basketball players in the history of the sport, Cooper-Dyke served as TSU’s head coach during the 2012-13 season before taking the reins at her alma mater, Southern California. She led the Lady Tigers to a 20-12 and a trip to the postseason Women’s NIT in her only season at TSU.


“I’m thrilled to return to Houston and to Texas Southern, and to my Houston family,” Cooper-Dyke said. “I’m thrilled to lead the Lady Tigers and can’t wait to get started.”

Cooper-Dyke has 12 seasons of NCAA Division I coaching to her credit and has a record of 220-163 during that time. She began her collegiate coaching career at Prairie View A&M, where she coached five seasons and led the Lady Panthers into the postseason four times.

She had a 70-57 record in four seasons at USC before stepping down in 2017. Cooper-Dyke provided color commentary for Texas Southern basketball home broadcasts on AT&T Sports Net Houston during the 2017-18 season.

“TSU is excited and thrilled to have Coach Cooper back to lead our women’s basketball program,” TSU’s Vice President of Athletics Kevin Granger said. “With her coaching experience and background, we know she will continue the success that our program has experienced.”

Prior to her first stint at Texas Southern, Cooper-Dyke coached two seasons at UNC–Wilmington, where she amassed a 44-22 record.

“I want to thank (TSU President) Dr. Austin Lane and Kevin Granger for their trust,” Cooper-Dyke said. “I look forward to exceeding their expectations.”

Cooper-Dyke began her professional career overseas and played 10 seasons in Spain and Italy. She returned to the United States in 1997 to play with the Houston Comets of the newly-formed WNBA.

She subsequently led the Comets to four consecutive WNBA championships and was named WNBA Finals MVP four times. Cooper-Dyke was voted the league’s MVP in 1997 and 1998 and was a four-time WNBA All-Star before retiring in 2000.