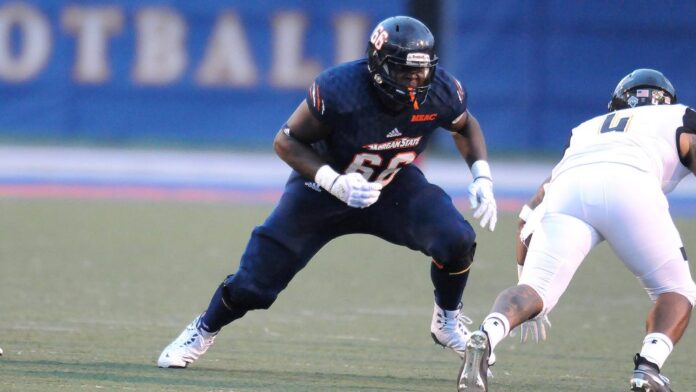 BALTIMORE, Md. — Morgan State lineman Joshua Miles became the first Bear to be drafted in the 2019 NFL Draft, after being taken in the 7th round (248th overall pick) by the Arizona Cardinals.

Miles is the first Bear to be selected in the draft since Visanthe Shiancoe was drafted by the New York Giants in 2003.


Miles, a 6-foot-5, 314-pound Baltimore product, played both tackle and guard positions at Morgan State. He was an All-MEAC performer for the Bears, played in the East-West Shrine game, and was a participant in the NFL Scouting Combine.

Miles represents one of only two offensive linemen selected by the Cardinals among their 11 draft picks.

Congrats to Joshua on being drafted, and best of luck to the newest pro Bear!