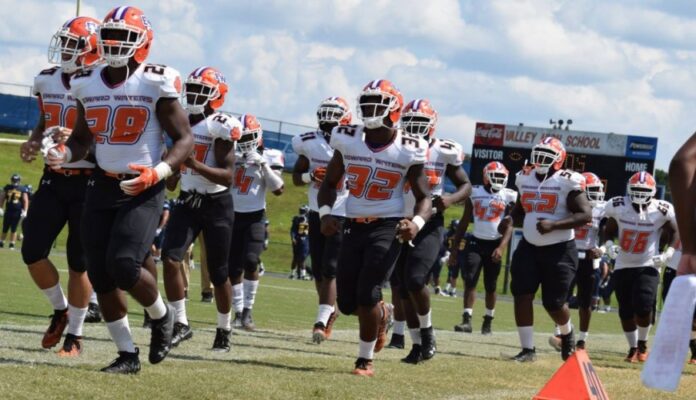 “As a part of our continuing trajectory toward becoming the State of Florida’s destination institution of Emerging Eminence we are excited to usher in this new era of HBCU branded Tiger football at EWC here on the First Coast “, said EWC President & CEO, Dr. A. Zachary Faison, Jr.

“We are ecstatic to build upon the new excitement that this schedule will undoubtedly create among our College stakeholders and throughout greater Jacksonville, as we seek to engender new interest in our institution and further amplify the EWC brand for future growth,” President Faison said.

The Purple & Orange will play an exclusively HBCU schedule in 2019 which is sure to excite not only the players and coaches but the entire EWC and Jacksonville community many of whom have been clamoring for a heightened HBCU brand of football throughout years past.

“Our program is overjoyed to bring President Faison’s vision for Tiger Football into fruition in the form of our 2019 football schedule,” remarked Director of Intercollegiate Athletics, Stanley B. Cromartie. “For years, our fans have been begging to have more of an HBCU experience at our football games complete with marching band battles and all of the things that make HBCU football a unique one-of-a-kind showcase.”