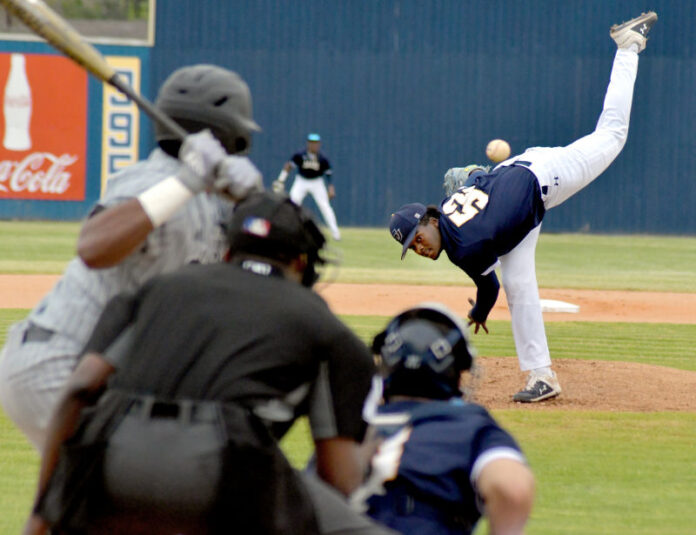 MEMPHIS, Tenn. — Southern University baseball scored five runs in the top of the ninth to break a 1-1 tie and stun the University of Memphis 6-1 in Game One of the weekend series Friday night at Fed Ex Park.

Southern will have two opportunities to claim the series when the Jaguars and Tigers reconvene at Fed Ex Park Saturday afternoon for a 1 p.m. doubleheader.


After Javeyan Williams scored on a wild pitch to tie the game in the eighth inning, Southern continued to apply pressure on the Tigers bullpen in the top of the ninth. Hunter David reached first after being hit by the pitch before Malik Blaise executed a textbook sacrifice bunt to advance David to second. Ashanti Wheatley and Bobby Johnson drew back-to-back walks from Memphis pitcher Alex Smith to load the bases for Willie Ward.

Ward worked the count even at two balls and two strikes when he laced a single through the heart of the Tigers infield to score David and Wheatley. When the ball reached Memphis catcher Jason Santana in an attempt to cut off Bobby Johnson from third base, Santana fired an errant throw into left field which allowed Johnson and Ward to score, clearing the bases for the Jaguars and all but demoralizing the Tigers.

Williams reached first base despite striking out and advanced to second on a wild pitch, stole third and scored on Smith’s third wild pitch of the inning.

Rhett Hebert returned to closed the door on Memphis in the bottom half, rebounding from a leadoff walk to retire the next three Tiger batters and picking up his second win of the season. Starter Jerome Bohannon offered one of his strongest performances to date, pitching seven complete innings and allowing one run on six hits with two strikeouts and three walks.