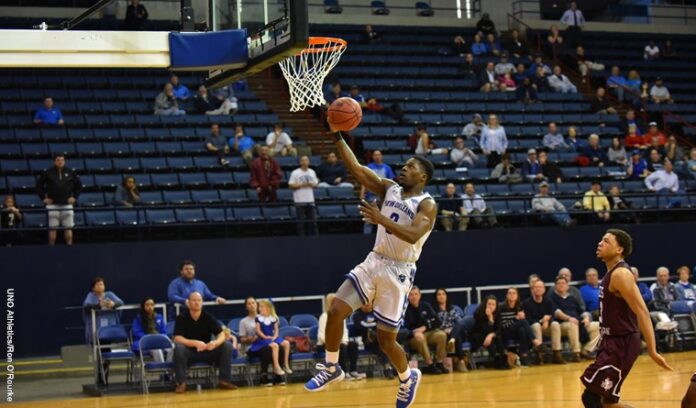 NEW ORLEANS, La. – The Tigers of Texas Southern University extended their basketball season Wednesday with a 95-89 overtime win at New Orleans in the first round of the postseason CollegeInsider.com Tournament.

Justin Hopkins came off the TSU bench to score 20 points and pull down 10 rebounds to help lead the Tigers to victory. Hopkins was 5-of-7 from the field and 10-of-14 from the free throw line.

The win gives TSU (22-13) a postseason victory for the second consecutive season. The Tigers will face UT Rio Grande Valley in Edinburg on Monday in the CIT’s Second Round. Tipoff is scheduled for 7 p.m.

Bryson Robinson scored 20 points for New Orleans (19-14), which reached the Southland Conference tournament final before receiving its bid to the CIT.

The Tigers seized control of the back-and-forth game early in the overtime period by scoring eight unanswered points and taking an 89-83 lead. TSU forced two New Orleans turnovers during that span.

New Orleans went ahead late in the second half when Amari Haynes converted a layup with 29 seconds remaining to give UNO an 81-80 lead. Devocio Butler was then fouled on TSU’s next trip up the court, and he hit one out of two free throws to force overtime.

Wednesday’s game was only TSU’s second to go into overtime this season, and the Tigers improved to 1-1 in such games.