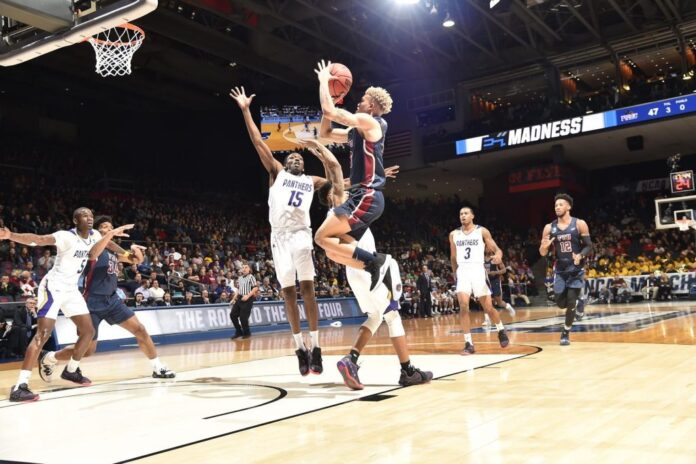 But that winning momentum came to an end Tuesday for the Panthers in an 82-76 loss to the NEC champions.

The Panthers managed to reestablish a 13-point lead early in the second half before Fairleigh Dickinson (21-13) managed to fight its way back into the game and eventually take a 68-66 lead with 4:20 remaining.

Gary Blackston led the Panthers in scoring with 26 points. Devonte Patterson had 17 points and 8 rebounds.

FDU advances to the main NCAA bracket and will face No. 1 seed Gonzaga of the West Region on Thursday.