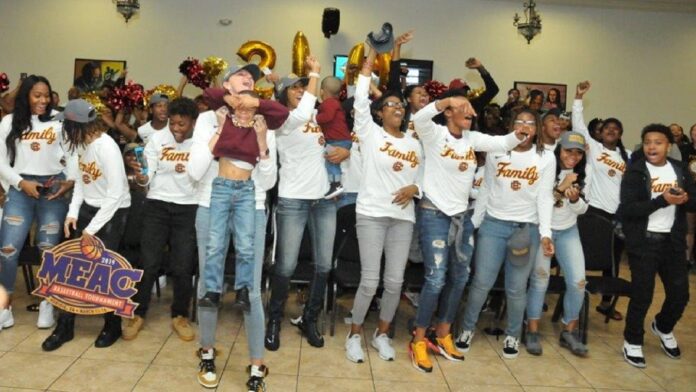 The Lady Wildcats (21-10) earned the Mid-Eastern Athletic Conference’s automatic berth with a 57-45 tournament championship game over Norfolk State and are the 16th seed in the Chicago region while the Fighting Irish (30-3) are the top-seed.

“We’re going to get back in the gym, as a coaching start going through the scout and get everyone ready to play a game,” said BCU Head Coach Vanessa Blair-Lewis. “Business as usual, but tonight was what we’ve climbed so far to get.”

The BCU team gathered for a watch party Monday evening in the President’s Dining Room in the Michael and Libby Johnson Center For Civic Engagement.

“This moment right here is what it’s all about,” said senior Angel Golden. “Getting to the NCAA tournament and winning the school’s first championship since 1984 … that’s history.”