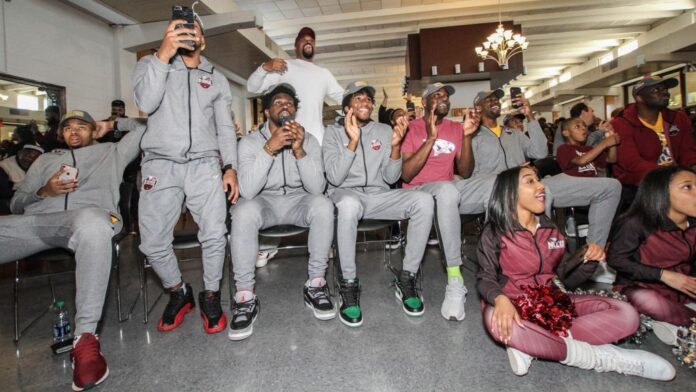 DURHAM, N.C. – North Carolina Central University’s men’s basketball program is set to make its third consecutive NCAA Tournament appearance for the first time in school history, and the Eagles will once again head to Dayton, Ohio, to face North Dakota State in the First Four on Wednesday, March 20 at UD Arena.

NCCU (18-15) will represent the Mid-Eastern Athletic Conference for the third-straight year in the First Four, and will face NDSU (18-15), who won the Summit League Tournament Championship after a 73-63 victory over Omaha on March 12 in Sioux Falls, South Dakota.


NCCU and NDSU have met once in program history, and that was back in 2007 when the Eagles first began their transition from Division II to Division I.

The winner of this game will move on to face No. 1 seed Duke in the East Region in Columbia, South Carolina on Friday, March 22.

Wednesday’s game will be broadcast live on truTV, and will also be available online at ncaa.com.