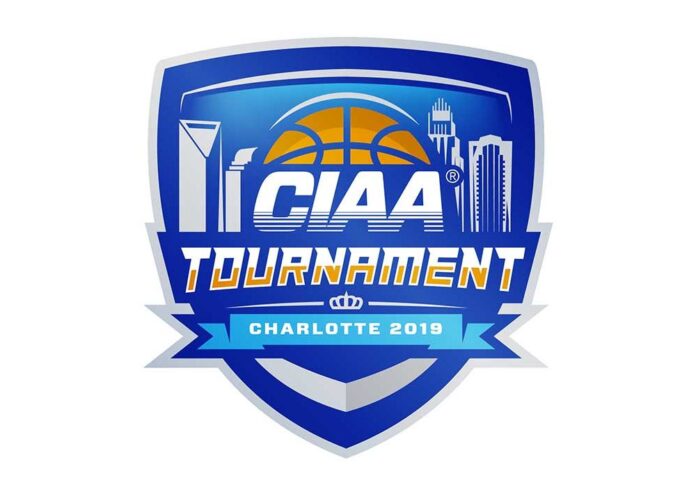 Charlotte, NC – The Central Intercollegiate Athletic Association (CIAA) released its 2019 Women’s and Men’s Championship Brackets on Saturday. The single-elimination tournament will be held in two venues again this year: Bojangles’ Coliseum February 25-27 and Spectrum Center February 28-March 2. Championship Saturday will tipoff at 1:00 p.m. for the women followed by the men at 4:30 p.m. on Saturday, March 2.

In the women’s Southern Division, Fayetteville State University clinched the title with an 11-1 regular season division record. Johnson C. Smith University finishes in the No. 2 spot at 9-3 while Winston-Salem State University lands at No.3, falling to 8-4 in the division, after being upset earlier today by Livingstone, who finishes at No. 4.

The men’s Northern Division was clinched by the Trojans of Virginia State University, who marked a 9-1 record in the regular season. The Trojans are followed by No. 2 Virginia Union, & No. 3 Bowie State who close at 7-3 and 6-4, respectively. Despite their identical 3-7 record in division play, Lincoln (PA) finishes No. 4 after a pair of regular season wins over Elizabeth City State to take the head-to-head tie-breaker while Chowan will enter the bracket at No. 6.

The Southern Division title belongs to Shaw University, who finish at 9-3 in the South, after their victory earlier today over Johnson C. Smith, who fall to 4-8 in the division. The Golden Bulls will be the No. 7 seed after losing head-to-head tie-breaker to Fayetteville State, who finishes at No. 6. Yet another tie formulated as Claflin and Livingstone both close out the regular season with a 7-5 division record. The Blue Bears secured the No. 2 seed thanks to their regular season sweep of the Panthers while the No. 4 spot belongs to Winston-Salem State followed by Saint Augustine’s at No. 5. 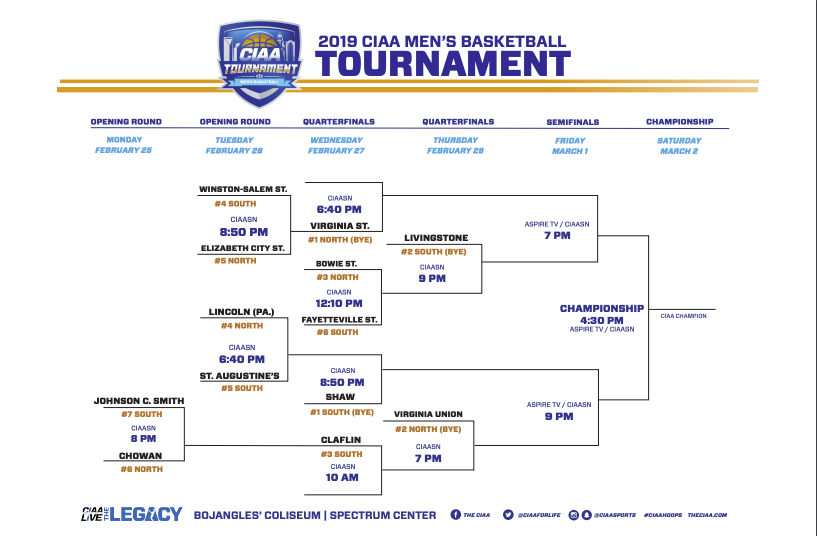 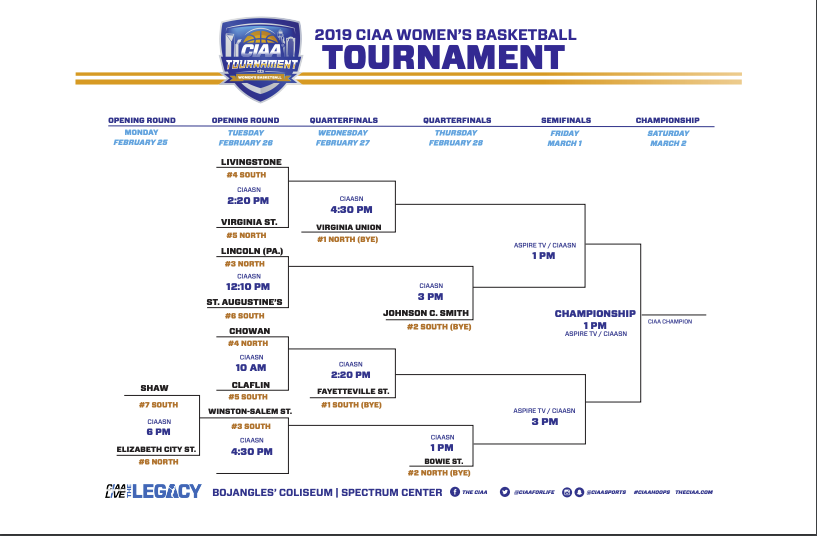