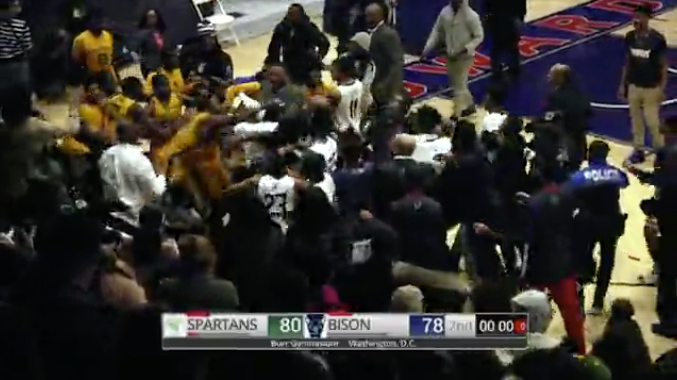 In a game in which Norfolk State erased a 24-point deficit to beat Howard Saturday night, a postgame fight ultimately became the center of attention in the aftermath of the MEAC matchup.

After the Spartans knocked off the Bison 80-78, several players on both teams, as evidence in the video below, were involved an on-court altercation that started at one section of the floor before advancing to another portion of the court, with players shoving and throwing punches.

An on-court brawl broke out Saturday after Norfolk State’s 80-78 win at Howard in Washington. pic.twitter.com/RkSoJMWAWS