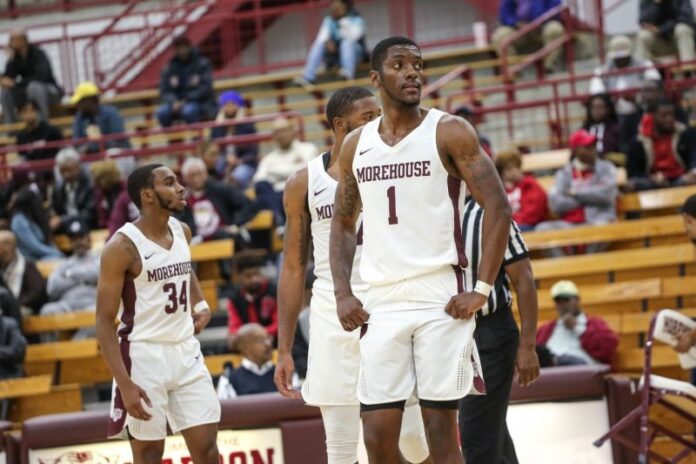 KANSAS CITY, MO – The Morehouse College basketball team moved up four spots in the National Association of Basketball Coaches (NABC) Top 25 and now sit at No. 7 in the national rankings.

The Maroon Tigers were ranked 11th before the holiday break and have reeled off eight consecutive wins to improve their record to 12-1 overall and 6-1 in the Southern Intercollegiate Athletic Conference (SIAC). Morehouse garnered 290 points in the NABC Poll this week, and are the only team from the Southern Intercollegiate Athletic Conference (SIAC) that is ranked. The No. 7 ranking matches last seasons highest rank in the NABC Coaches Poll after starting the season 18-0.


The top three of the poll remains the same with Bellarmine (Ky.) at No. 1 followed by Northwest Missouri State and Indiana (Pa.). Nova Southeastern and USC Aiken each moved up one spot while Ashland (Ohio) moved up four spots to the No. 6 slot in-front of Morehouse.

The Maroon Tigers have gotten off to a good start in 2019 with a home victory over Spring Hill College and a pair of road wins against LeMoyne-Owen College and Lane College.

Morehouse returns to action this Saturday, Jan. 12, as they travel to Augusta, GA to battle the Lions of Paine College in the HEAL Complex. Tip is set for 3 p.m. ET