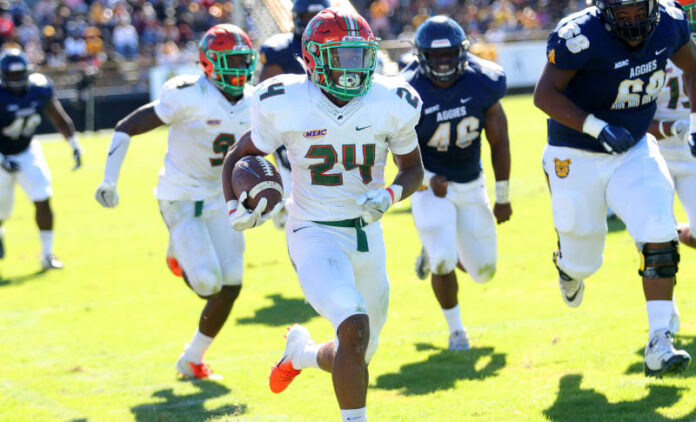 Division races and conference standings are on the line this week.

The SWAC East will be decided between two old rivals in Jackson State and Alcorn State in Lorman.


The MEAC champion is expected to come down to the last game of the regular season in rivalry matchups played in Florida and North Carolina.

What once was a foregone conclusion a month ago, comes down to a winner-take-all affair in Lorman. The winner goes to the SWAC Championship Game.

Alcorn State, first-place in the division, boasts the league’s best offense and defense, while Jackson State has leaned on its own defense to get back in the race.

In the end, Alcorn State is just too well-rounded of a team to falter in a game that matters this much.

This game historically has decided who will represent the MEAC in the postseason. And it will again on Saturday. On one afternoon, FCS postseason and Celebration Bowl stakes will be on the line.

The Aggies currently have the most overall wins in the conference but need help to win the MEAC. This is a squad that has risen to the occasion in big games over the last five years.  They will do so again against the Eagles.

Who would have thought the Florida Classic would factor into the MEAC race?

It has for Florida A&M, which after starting MEAC play unblemished, now has to win to hang onto first place.

The Rattlers, though, have lost its last two with a chance to clinch.  Does FAMU have enough nerve to win the biggest game the program has played in recent memory?