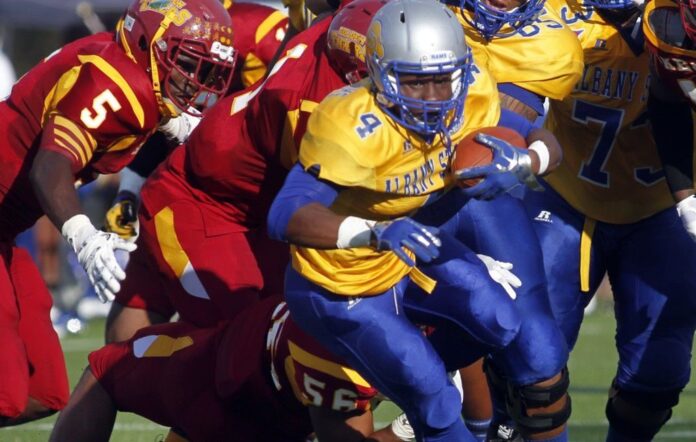 Who: Albany State vs. Miles

Best win: Albany State won impressively 21-0 at Benedict on Oct. 27 that all but wrapped up the SIAC East.

Worst loss: ASU were shutout 20-0 at Tuskegee that dropped them to 0-2 on the season. They would go onto lose the following week to West Georgia before reeling off seven-straight wins to reach the conference championship game.

Quarterback Kelias Williams: The sophomore signal-caller has thrown for 970 yards, recorded 18 total touchdowns, and is completing 60 percent of his passes.

Running back Tracy Scott: In just 99 attempts, Scott has rushed for 754 yards on 7.4 yards per attempt and seven touchdowns

Stat to note: Albany State comes into the game ranked No. 7 in NCAA Division II Super Region 2. The top seven teams in the region will earn a berth in the NCAA playoffs.

Best win: Trailing by as many as 17 points, Miles rallied to beat Tuskegee 31-27 to win the SIAC Western Division title.

Worst loss: The Golden Bears started the season 0-5 before winning four of its next five games to reach the SIAC Championship Game.

Linebacker Austin Stephens: The SIAC Defensive Player of the Year posted 117 tackles and 14.5 tackles for loss.

Stat to note: Miles is 0-2 against Albany State with Gabe Giadina as head coach.