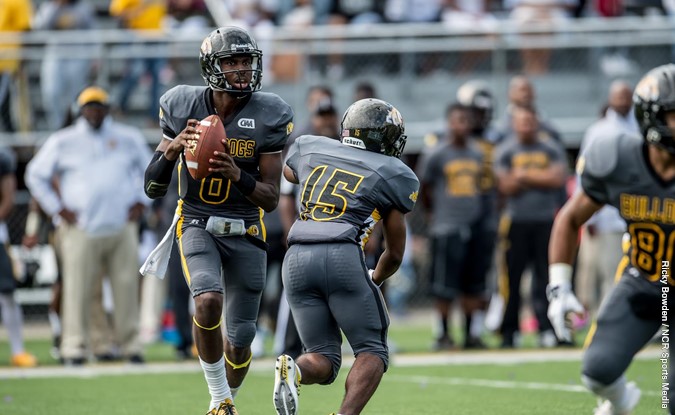 Who: Bowie State vs. Fayetteville State

Worst loss: The Bowie State offense was only able to muster 16 net rushing yards and gave up 14 points off a pair of turnovers in a 42-23 loss at then 1-3 Chowan on Oct. 6.

Quarterback Amir Hall: The senior has thrown for 10,531 career yards and 98 touchdowns at Bowie State.

Wide receiver Lasana Sesay: In the Bulldogs’ regular-season finale against ECSU, Sesay led all receivers with five receptions, 141 receiving yards and two touchdowns. Sesay, who has compiled 781 yards and six touchdowns, has been named CIAA Receiver of the Year five times in 2018.

Stat to note: The Bulldogs rolled to a 64-31 road win at Fayetteville State last season.

Running back Stevie Green: The true junior has tallied 907 yards on 5 yards per carry to go along with six touchdowns.

Defensive end Keyshawn James: The sophomore defensive end has 13 tackles for loss and 8.5 sacks this season.