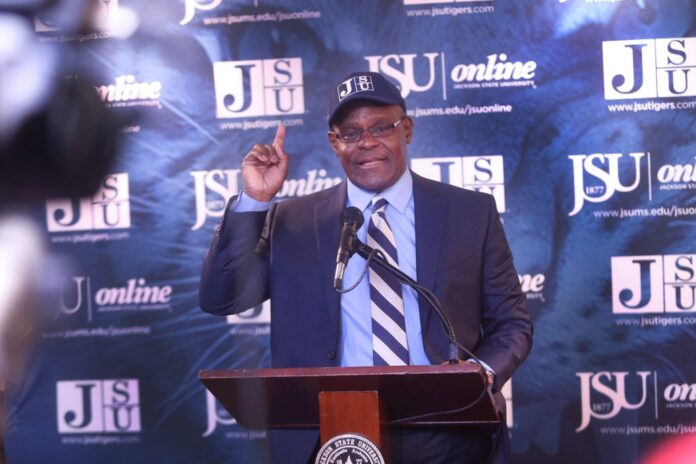 JACKSON, Miss. — Jackson State University Vice President and Director of Athletics Ashley Robinson announced today that head football coach Tony Hughes will not have his contract renewed at the end of the season.

“I would like to thank Coach Hughes for his dedication and hard work to Jackson State University and the Jackson State football program,” Robinson said. “We wish him the best in his future endeavors.”


Defensive Coordinator John Hendrick will serve as Interim Head Coach for the remainder of the season.

“We have a talented group of hard-working student-athletes and I look forward to the program finishing the season strong playing for the senior class under the leadership of Coach Hendrick,” Robinson said.

“Our goal is to find a new head coach who will build on our great tradition and grow our football program,” added Robinson.
Hughes went 9-20 overall in two-plus seasons with the Tigers including 8-12 in SWAC play. Jackson State is 3-4 overall and 2-2 in conference play this season.

Hired in December 2015 as the 19th head football coach in Jackson State history, Hughes came to JSU from Mississippi State where he spent seven years coaching safeties and as a recruiting director. He was named assistant head coach in 2013.