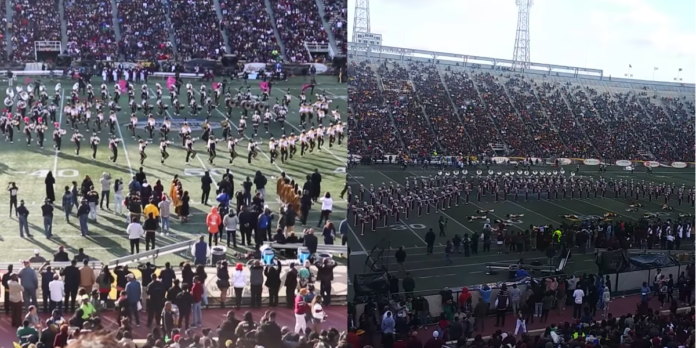 The 77th edition of the Magic City Classic is history.

Alabama A&M won the football game 27-10 over Alabama State before an announced crowd of 65,906.


And as is always the case with HBCU sporting events of this magnitude, the marching bands matter.

The Bulldogs may have won the football game, but can the same be said for the halftime show between the Alabama A&M Marching Maroon & White and the Mighty Marching Hornets of Alabama State?

We’ve got videos of both halftime shows.

Which band won the halftime show? Watch the videos below and then cast your vote in our poll.