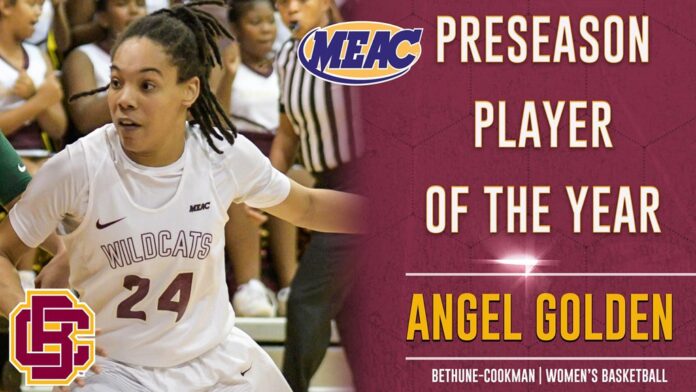 All awards are voted on by the conference’s head coaches and sports information directors. Golden is the reigning MEAC Player of the Year, having led the Lady Wildcats to a share of the regular-season title in 2017-18, a program Div. I-record 24 wins, and a third straight WNIT berth. She ranked fourth in the MEAC in scoring last season, averaging 15.7 points per game, and she was second in the conference in 3-point field goal percentage, hitting from deep 39.6 percent of the time. Her 2.7 made threes per game were also second-best in the MEAC, and in conference play, Golden averaged more than 17 points a contest.

The 2019 MEAC Basketball Tournament will be held March 11-16 at the Norfolk Scope Arena in Norfolk, Va.

2018-19 Predicted Order of Finish
As voted on by the league’s head coaches and sports information directors; first-place votes are in parentheses