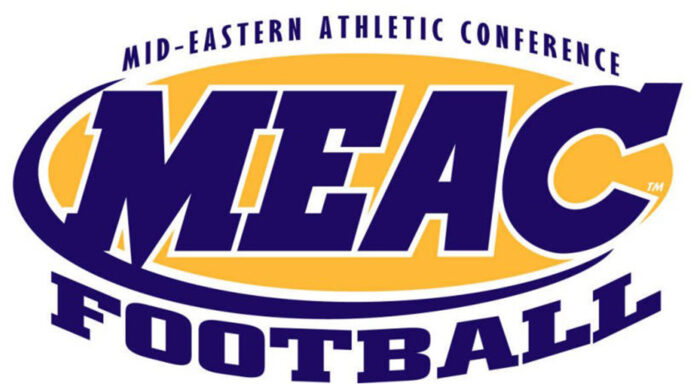 Ezzard made history with his second consecutive three-touchdown contest in the win over Delaware State. He became the first Howard student-athlete to achieve that feat as he also caught four receptions for 191 yards which also included a 78-yard touchdown reception.

Jackson jumpstarted FAMU’s comeback against North Carolina A&T State as he picked up his forced fumble late in the second quarter and raced 55 yards for a touchdown as his score marked FAMU’s first touchdown of the afternoon. He also finished the game with four solo tackles and one pass breakup.

Barnes helped the BCU offensive line block for 367 yards of total offense with 210 yards and two touchdowns on the ground. He graded out at 93 percent on the afternoon.

Joseph led the MEAC in scoring this past weekend as he accounted for 11 points in the win over Delaware State. Joseph finished 5-for-6 on PATs and was 2-for-2 on field goals.

Wilson returned the opening kickoff 100 yards in the contest versus Florida A&M. He finished the afternoon with a 55-yard average on two attempts.

Chris Faddoul (P/Florida A&M)
Averaged 46.5 yards per kick on two attempts, with a long boot of 55 yards and one downed inside the North Carolina A&T 20-yard line.

James Holmon (OL/Howard)
Graded out at 90 percent as Howard finished with 529 yards of offense in the win over Delaware State.

Devin James (LB/Bethune-Cookman)
Tallied eight tackles (7 solo) including a tackle for loss and a blocked PAT at South Carolina State.

Josh Miles (OL/Morgan State)
Paved the way for Morgan State to finish with 298 yards of total offense in the win at Savannah State.

Antonio Miller (DL/Florida A&M)
Finished with seven tackles, a tackle for loss and an interception in the win at North Carolina A&T State.

Zamon Robinson (LB/Howard)
Had six tackles, a pair of tackles for loss and a sack in the win over Delaware State.

Ryan Stanley (QB/Florida A&M)
Led Florida A&M to a comeback win over North Carolina A&T State as he passed for 313 yards on 28-of-53 passing with a touchdown.

Akevious Williams (QB/Bethune-Cookman)
Finished 13-of-23 passing for 157 yards, connecting with eight different receivers overall on the afternoon. Williams accounted for both BCU touchdowns via the ground, adding a career-high 110 yards rushing on 10 carries.