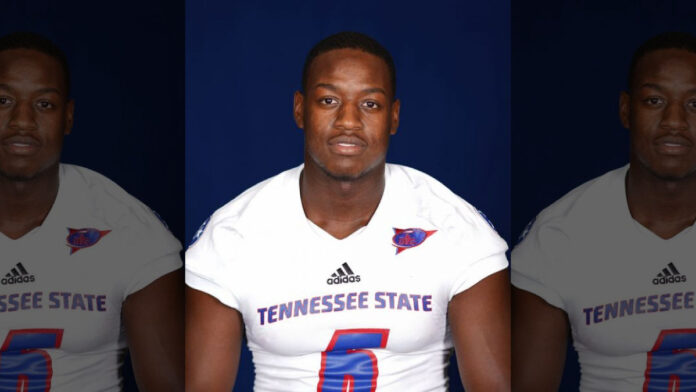 Abercrombie is reportedly breathing on his own and has been off a ventilator, the school said.

“His mom said he’s giving thumbs up,” Tennessee State head coach Rod Reed told The Tennessean. “He’s counting to four on his fingers. He’s opened one of his eyes and followed her around the room a little bit. He’s responding to stuff that they’re talking to him about; he understands what they’re talking about.

Abercrombie had previously been in critical condition at Vanderbilt University Medical Center since Sept. 29. Doctors on Sunday listed him in stable condition.

Abercrombie has been hospitalized since he collapsed after complaining of a headache during a game against Vanderbilt. He required oxygen on the sideline before he was taken by first responders to Vanderbilt University Medical Center for head surgery.

“Day 14 is all because of “GRACE AND MERCY!” When you (look) back at 9/29, you know it’s nothing but God Our God is just AMAZING,” Staci Abercrombie wrote on Twitter in response to her son’s improving outlook. “We give God all the Glory! We are expecting a supernatural miracle soon! Trusting God to do it! #ChristionStrong.”