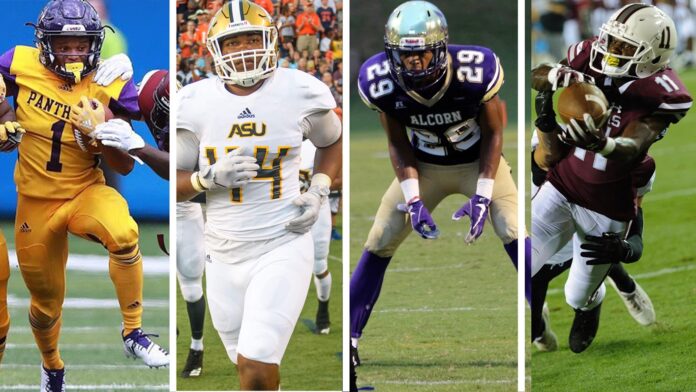 
Defensive
Alabama State
Ricky Haley (SR, DL, Norfolk, Va.)
Haley finished the night with four tackles going up against the Auburn offensive line – considered to be among the best in the SEC. Haley recorded a pair of solo tackles, one of which put the Hornets on the scoreboard as he tackled Auburn back-up quarterback Malik Willis in the end zone for a safety. He also forced a fumble against an Auburn offense who is among the best in the nation in protecting the football. Auburn entered as FBS’s No. 7 ranked team in the country.

Specialist
Alcorn State
Johnathan Hauer (SR, WR, Belzoni, Miss.)
Hauer got the Braves started Saturday with a blocked punt on Louisiana College’s first possession of the game. It was scooped up and returned for a touchdown. The Braves never looked back. The senior wide receiver also caught three passes for 32 yards including a 21-yard reception in Alcorn State’s 78-0 victory, its most lopsided victory in the history of Jack Spinks-Marino Casem Stadium.