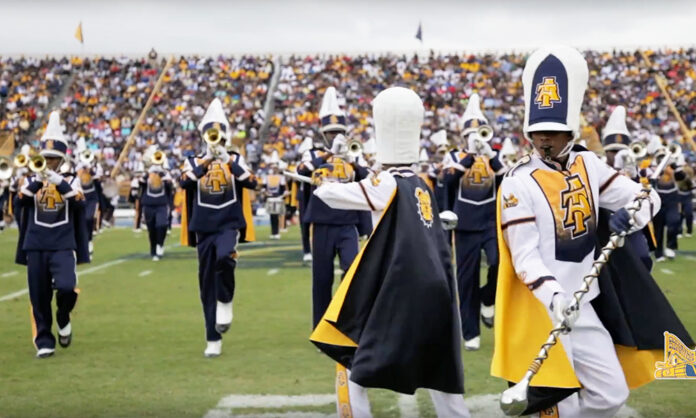 The North Carolina A&T brand is on a roll.

In addition to being the nation’s largest HBCU, “Aggie Pride” has been dominating on the gridiron in more ways than one.


Not only did the football program finish the 2017 season with a Celebration Bowl championship, but it managed to complete the season unblemished with a 12-0 record.

And then there is the Blue and Gold Marching Machine.

Dillard University AD: Schools ‘are going to shut down’ and ‘won’t reopen’ due to COVID-19 crisis