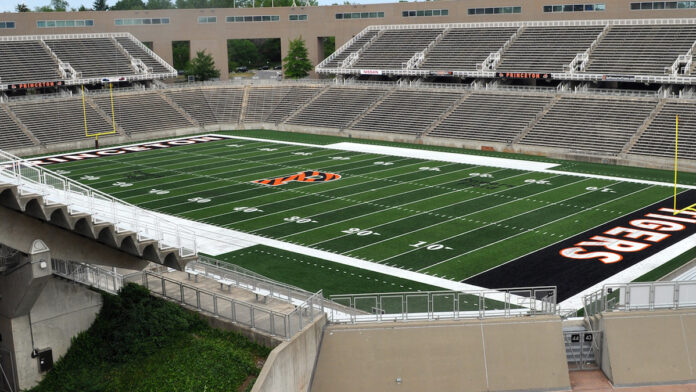 ESPN Events are you listening?

It appears there is a segment of the college football population that would like to see an HBCU-Ivy League football game according to a fan poll conducted by HBCU Sports last week.

The poll, conducted for three days from Aug. 15 through Aug. 17 asked: Would you like to see an Ivy League-HBCU postseason bowl game?

The graphic below shows how they voted: 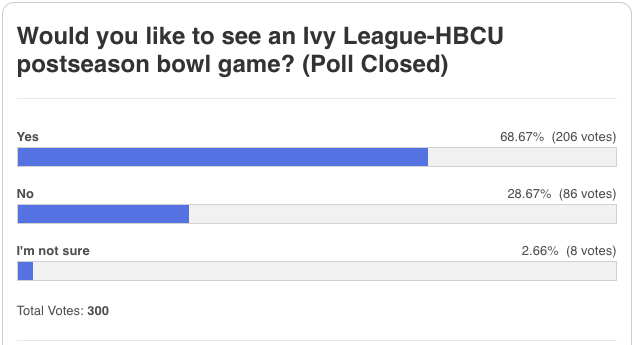 As of now, there are no active pursuits on record that indicate such a game is even in the planning stages. However, Princeton head football coach Bob Surace made headlines with a comment to SB Nation when he suggested the leagues should get together to play a bowl game.