BCFHOF releases 2018 Watch List for Player of the Year

The Black College Football Hall of Fame (BCFHOF) announced Wednesday the 2018 Watch List for the Black College Football Player of the Year Award. The award is presented annually to the most outstanding football player from a Historically Black College & University. Former North Carolina A&T, and current Chicago Bears running back Tarik Cohen was selected as the inaugural recipient of the award in 2016, and Bowie State sophomore quarterback Amir Hall was the 2017 recipient.


“HBCU football has outstanding talent, as evidenced in this year’s NFL Draft,” said Super Bowl MVP quarterback Doug Williams, a BCFHOF co-founder and 2011 inductee. “This award is a way that the Black College Football Hall of Fame is able to recognize these talented student-athletes.”

“The Deacon Jones Trophy is the most prestigious football award for HBCUs,” said BCFHOF co-founder and 2012 inductee James Harris. “Deacon Jones was a pioneer and an icon, and still to this day represents the very best of Black College Football.”

The Watch List candidates have been selected based on past performance and future potential. Additions to the list may be made as the 2018 season progresses. The finalists and the winner will be chosen by a Selection Committee. 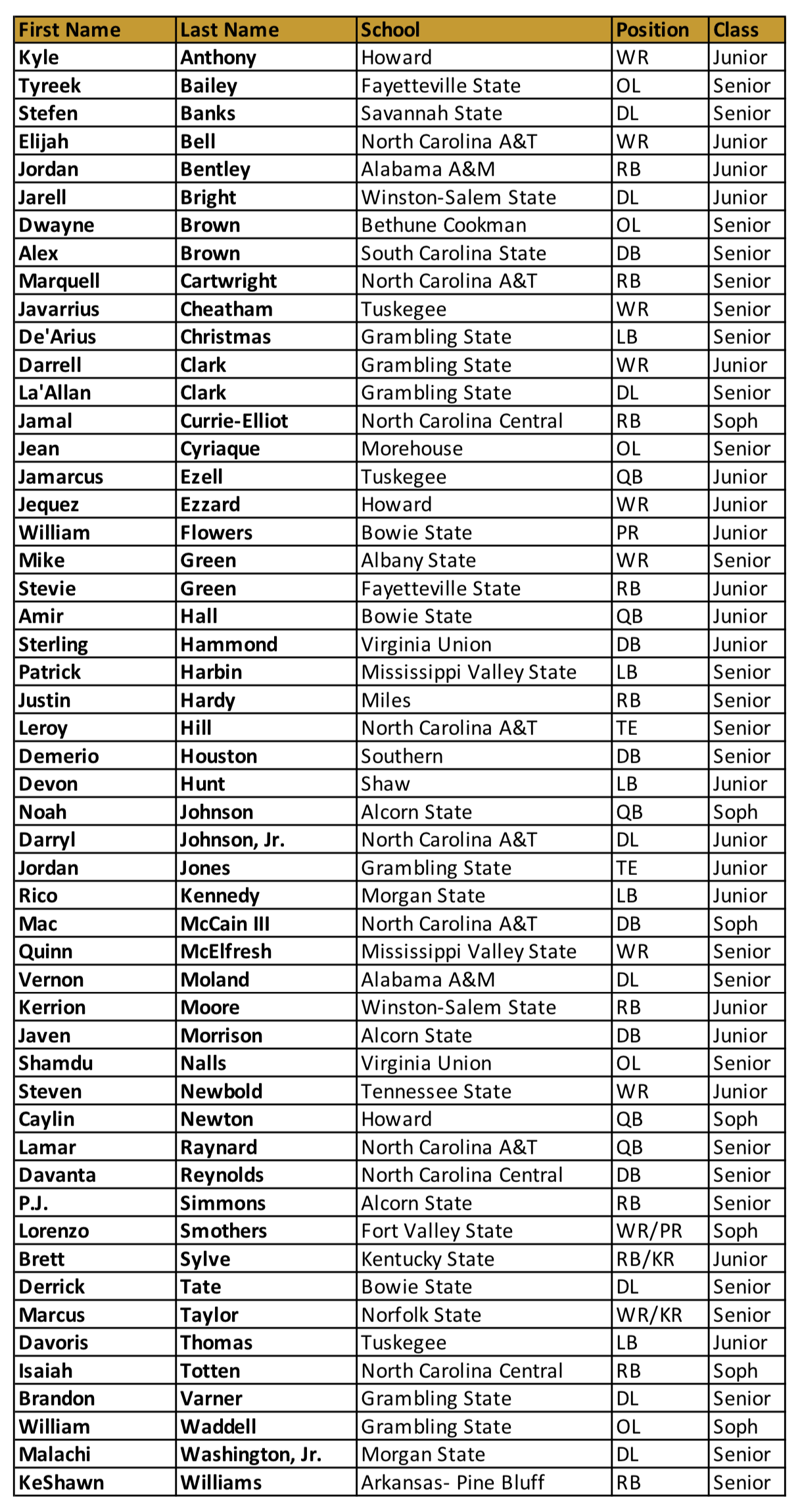 Poll: Would you like to see an Ivy League-HBCU postseason bowl game?