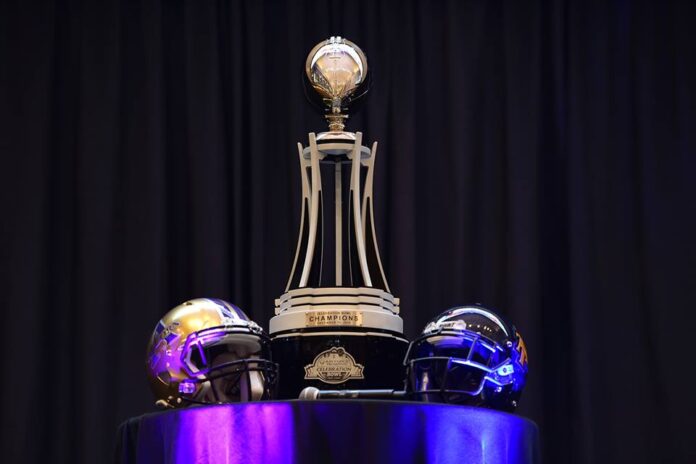 The 2018 season will mark the fourth year of the Celebration Bowl that features champions of the SWAC and MEAC in the only bowl game involving FCS programs.

But that could change if one Ivy League coach had his way.

It has been well-documented that the Ivy League is the only FCS conference not to participate in postseason play — whether it be the playoffs or bowl game.

“Why wouldn’t we work with historically black colleges and play them?” he told SB Nation. “Take a school like Grambling or Howard vs. Princeton or Columbia or whoever. You’re gonna hit a huge number on TV, and you’re gonna sell it out in Atlanta or New Orleans or Washington DC. Why wouldn’t we want to bring more attention?”

One of the selling points of the Celebration Bowl was the national exposure the game would give the participating schools and conferences.

Grambling State head coach Broderick Fobbs, who has twice led the Tigers to the Celebration Bowl, spoke of all the residual recruiting benefits just being in the game.

“Things have picked up tremendously,” Fobbs said about the surge in interest in the program. “We are a lot more welcome at different places than normal. That speaks to the way our team has played on television and our team has played just in general. Our coaches are very well respected because they do an exceptional job of teaching.

“You can’t get any better exposure on our level than this particular football game. The opportunity to play on ABC, the opportunity to be the first bowl game of the season in a huge area, a nice venue, you can’t beat that,” Fobbs said. “At the end of the day, it’s about recruiting, it’s getting students to your campus, it’s about getting exposure.”

Will we one day see Grambling vs. Princeton? Howard vs. Penn? At least one voice in the Ivy League believes it could be a possibility.

Leave a Reply to Poll: Would you like to see an Ivy League-HBCU postseason bowl game? | HBCU Sports Cancel reply