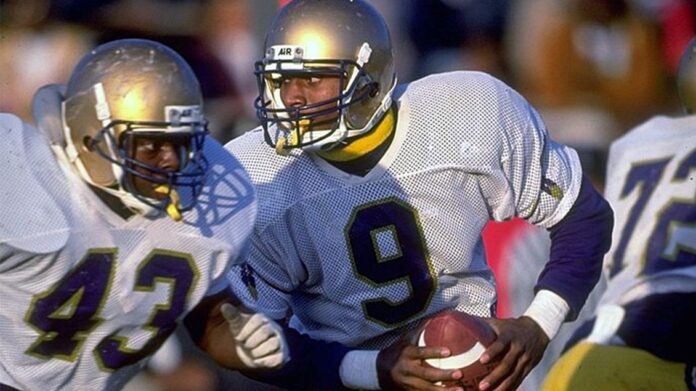 “It’s an enormous honor to just be on the ballot when you think that more than 5.26 million people have played college football and only 997 players have been inducted,” said NFF President & CEO Steve Hatchell. “The Hall’s requirement of being a First-Team All-American creates a much smaller pool of about 1,500 individuals who are even eligible. Being in today’s elite group means an individual is truly among the greatest to have ever played the game, and those actually elected to the Class will be part of a momentous year as we celebrate the 150th anniversary of college football in 2019.”

The ballot was emailed today to the more than 12,000 NFF members and current Hall of Famers whose votes will be tabulated and submitted to the NFF’s Honors Courts, which will deliberate and select the class. The FBS Honors Court, chaired by NFF Board Member and College Football Hall of Famer Archie Griffin from Ohio State, and the Divisional Honors Court, chaired by former Marshall head coach, longtime athletics director and NFF Board Member Jack Lengyel, include an elite and geographically diverse pool of athletic administrators, Hall of Famers and members of the media.

“Having a ballot and a voice in the selection of the inductees is one of the most cherished NFF member benefits,” said NFF Chairman Archie Manning, a 1989 Hall of Fame inductee from Mississippi. “There is no group more knowledgeable or passionate about college football than our membership, and the tradition of the ballot helps us engage them in the lofty responsibility of selecting those who have reached the pinnacle of achievement in our sport.”

The announcement of the 2019 Class will be made Monday, Jan. 7, 2019, in Santa Clara, Calif. The city is serving as the host for the CFP National Championship, which will be played later that day at Levi’s Stadium. Some of the electees will be on site during the announcement to represent the class and share their thoughts on being elected. The Jan. 7 announcement will be televised live, and specific viewing information will be available as the date draws near. Several of the electees will also participate in the pregame festivities and the coin toss before the championship game.

“We cannot thank CFP Executive Director Bill Hancock and his staff enough for the opportunity to continue the tradition of announcing our Hall of Fame Class in conjunction with the National Championship,” said Hatchell. “Our presence at the title game has significantly raised the profile of the announcement, allowing us to shine a much brighter light on the accomplishments of our game’s greatest legends.”

The 2019 class will officially be inducted during the 62nd NFF Annual Awards Dinner on Dec. 10, 2019, at the New York Hilton Midtown. The inductees will be permanently enshrined at the College Football Hall of Fame in Atlanta later that December and honored on the field during the 15th Annual National Hall of Fame Salute during the Chick-fil-A Peach Bowl. They will also be honored at their respective schools with an NFF Hall of Fame On-Campus Salute, presented by Fidelity Investments, during the 2019 season.

The criteria for Hall of Fame consideration include:

• First and foremost, a player must have received First-Team All-America recognition by a selector organization that is recognized by the NCAA and utilized to comprise their consensus All-America teams.

• A player becomes eligible for consideration by the Foundation’s Honors Courts 10 full seasons after his final year of intercollegiate football played.

• While each nominee’s football achievements in college are of prime consideration, his post-football record as a citizen is also weighed. He must have proven himself worthy as a citizen, carrying the ideals of football forward into his relations with his community and his fellow man, with love of his country. Consideration may also be given for academic honors and whether the candidate earned a college degree.

• Players must have played their last year of intercollegiate football within the last 50 years.* For example, to be eligible for the 2019 ballot, the player must have played his last year in 1969 or thereafter. In addition, players who are playing professionally and coaches who are coaching on the professional level are not eligible until after they retire.

• A coach becomes eligible three full seasons after retirement or immediately following retirement provided he is at least 70 years of age. Active coaches become eligible at 75 years of age. He must have been a head coach for a minimum of 10 years and coached at least 100 games with a .600 winning percentage.

*Players who do not comply with the 50-year rule may still be eligible for consideration by the Football Bowl Subdivision and Divisional Veterans Committees.

Once nominated for consideration, all player candidates are submitted to one of eight District Screening Committees, depending on their school’s geographic location, which conducts a vote to determine who will appear on the ballot and represent their respective districts. Each year, approximately 15 candidates, who are not selected for the Hall of Fame, will be named automatic holdovers and will bypass the district screening process and automatically appear on the ballot the following year. Additionally, the Veterans Committee may make recommendations to the Honors Court for exceptions that allow for the induction of players who played more than 50 years ago.

Of the 5.26 million individuals who have played college football since Princeton first battled Rutgers on Nov. 6, 1869, only 997 players have earned induction into the College Football Hall of Fame, or less than two one-hundredths of a percent (.02%) of those who have played the game during the past 149 years. From the coaching ranks, 217 individuals have achieved Hall of Fame distinction.

Eddie Hurt–Virginia Lynchburg (1925-28), Morgan State (1930-59)-Led Morgan State to six Black College National Championship and 14 CIAA titles…Posted 11 undefeated seasons, including the 1943 team that did not allow a score from a single opponent…From 1932-39, led Bears to 54-game streak without a loss.