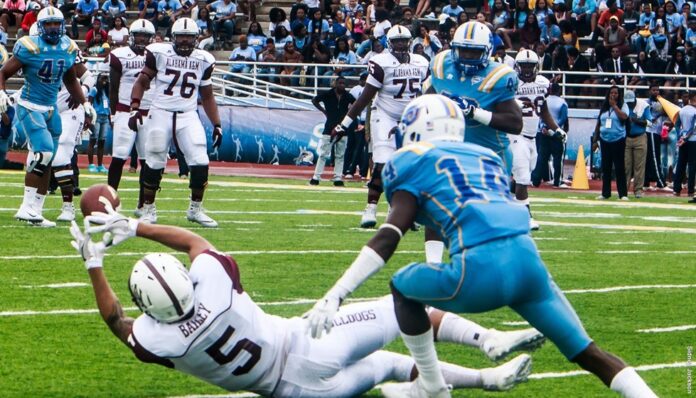 After facing years of setbacks related to the NCAA’s perplexing Academic Progress Rate that led to HBCU athletic teams being penalized with infractions and postseason bans, the latest results have indicated a significant uprising in the classroom.

On Thursday the NCAA APR report showed that HBCU schools had climbed 34 points since 2013.

“We’ve seen a remarkable evolutionary shift in Division I over the last 14 years,” NCAA President Mark Emmert said. “Administrators, coaches and students all make academic achievement and graduation top focus areas. The APR is a powerful metric that leads ultimately to more graduates and more student-athletes with better opportunities after college.”

Examining the data, the most encouraging improvements were seen at Southern University, where all of its programs — for the first time ever — are eligible to participate in postseason play after teams reached the 930 benchmark following the APR calculations.

“It is definitely an exciting time,” SU Athletic Director Roman Banks said. “This is the first time since I have been here that all of our teams have met the APR benchmark. Like any athletic success story, the ongoing positive APR reports are the result of a team effort, starting with our student services staff and the coaches who recruit quality student-athletes and emphasize that academics will be a priority at Southern University.”

Only four schools — Alabama A&M, Mississippi Valley State, Morgan State and Grambling State — will have at least one team ruled ineligible for the postseason.

AAMU will be ineligible for postseason play in men’s basketball, men’s golf, men’s track and field, and women’s cross country. Grambling in softball, Mississippi Valley in baseball and Morgan State in football.