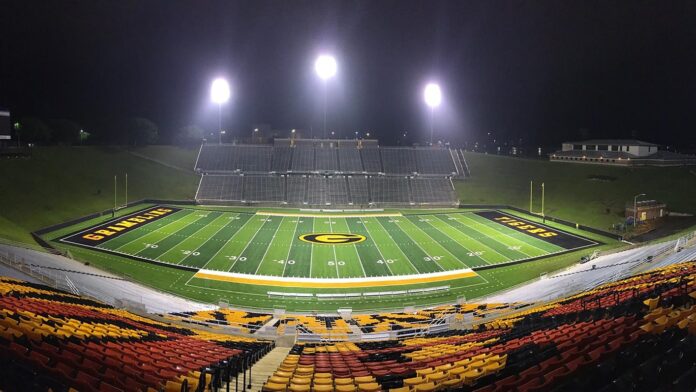 Grambling State has begun the search for a new opponent for the Tigers’ Sept. 15 home football opener to replace Bacone College of Oklahoma.

According to a News on 6 report, Bacone College is closing operations at the conclusion of its commencement exercises Saturday and “will be laying off almost everyone” employed by the school.

The school says it is simply out of money and will need to raise “about $2 million to complete the academic year and to open back up again in the fall.”

Bacone College President Franklin Willis says his college is in a tough predicament.

Bacone College, which is a member of the NAIA and Sooner Athletic Conference, played a 2017 football schedule that featured three HBCU programs. The Warriors lost to Langston 36-6, defeated Texas College 31-26 a week later, and lost to SWAC member Prairie View 34-17.

“First, if (Bacone College) shuts its doors, it is a travesty for higher education,” GSU athletics director Paul Bryant stated in an email to HBCU Sports. “Secondly, this would have an impact on our schedule because this was our home opener for the 2018 season. In hearing about the possibility of this change, we have been in communications with a couple of other schools to gauge their interest in filling the position.”