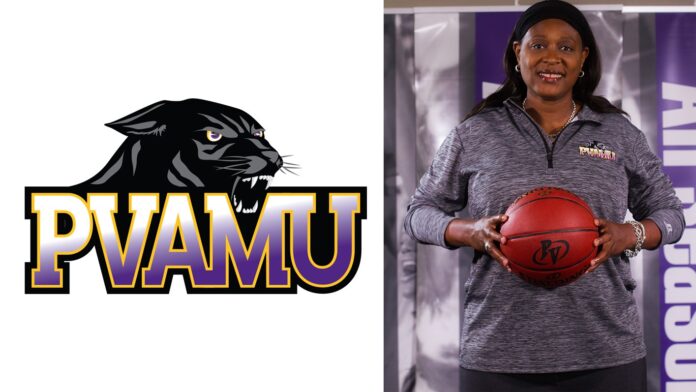 Pugh spent the previous 18 seasons as head coach at Southern University (2000-18), leading the Jaguars to seven outright or shared Southwestern Athletic Conference regular season titles. She also led Southern to four SWAC Tournament titles, four NCAA Tournament berths, and four NIT appearances. Pugh is a four-time SWAC Coach of the Year, including this past season when she led the Jaguars to the SWAC Regular Season title.


“I am excited to announce Sandy Pugh as the new head coach of Prairie View A&M women’s basketball,” said PVAMU Vice President/Director of Athletics Ashley Robinson. “She is a championship-winning coach with a proven pedigree of success. Coach Pugh won championships as a player in high school and college, and has been a part of and developed championship programs as an assistant coach and head coach. We look for her to lead and elevate Prairie View A&M women’s basketball back to championship status and beyond.”

Pugh led Southern to 15 seasons of .500 or better, including 13 winning seasons, five seasons of 20+ wins, and more than 300 victories during her tenure. In her second season as head coach, Pugh led Southern to a school record 26 wins and its first SWAC regular season and tournament titles and first NCAA Tournament appearance. The team was led by Jaclyn Winfield, who was drafted in the fourth round by the WNBA’s Utah Starzz and is the only SWAC player to be drafted in league history.

“I want to thank Ashley Robinson for this incredible opportunity to be able to come to Prairie View A&M,” Pugh said. “PV is at the forefront of everything in our conference. The growth has just been magnificent here at the University and in Athletics under Ashley’s tutelage. What I see in the Athletic Department is just astounding, and for to have an opportunity to be a part of this growth and development and to come over to coach the women’s basketball team is a blessing. I’m so looking forward to being here and being a part of the PV family. The family atmosphere here I’ve experienced has been overwhelming.”

The 2010 title was the first of back-to-back regular season crowns for Pugh and the Jaguars, who also won the outright crown in 2014 and shared the title with Alabama State and Texas Southern in 2016 in addition to this season’s outright title.

In addition to her NCAA and WNIT appearances while leading Southern, Pugh has previously been in the postseason three additional times as an assistant coach.

Pugh began her coaching career at her alma mater, Northwestern State (1987-89) as a graduate assistant, where the Lady Demons earned an NCAA Tournament berth following the 1989 season. After serving one season as head coach at Belle Place Middle School (New Iberia, La.; 1989-90), she spent five seasons as assistant coach at Louisiana-Monroe (1990-95), where the Warhawks were selected for the WNIT following the 1994 season. In her one season as an assistant coach at Central Florida (1995-96), the Lady Knights qualified for the NCAA Tournament.

Prior to her tenure at Southern, Pugh spent four seasons as head coach at Meridian Community College (1996-2000). She started the women’s program at MCC, leading the Eagles to two Region 23 titles and back-to-back national tournament berths (1998, 1999), finishing as high as sixth in the NJCAA National Tournament.

A native of Saline, Louisiana, Pugh won two state championships as a player at Campti High (now Lakeview High School). As a collegian, Pugh was a three-time all-conference selection and led Northwestern State to three straight Gulf Star Conference Championships (1985, 1986, 1987). Pugh earned conference Player of the Year honors as a senior in 1987, averaging more than 21 points per game, and was inducted into the NSU Sports Hall of Fame in 2010.