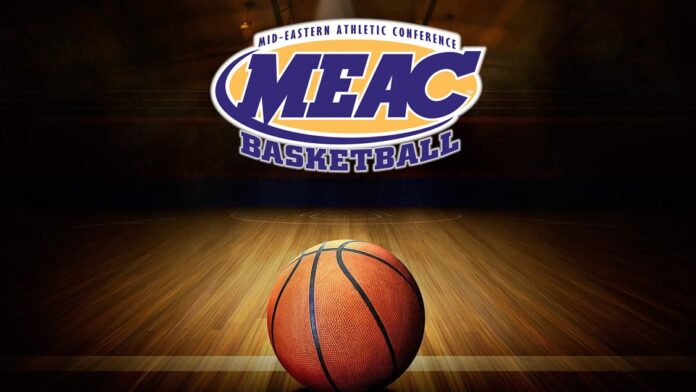 BALTIMORE, Md. — Coppin State’s women’s basketball team improved to over .500 in the MEAC with a 56-39 win over visiting South Carolina State on Saturday afternoon at the PEC Arena.

DOVER, Del. — Delaware State won its second game in a row on Saturday, defeating Savannah State 93-79 in Memorial Hall behind 25 points and 12 rebounds from NaJai Pollard.

BALTIMORE, Md. – Behind a 28-point performance by Lamar Morgan, Coppin State’s men’s basketball team won its second-straight game with a 73-65 victory over MEAC rival South Carolina State on Saturday afternoon at PEC Arena.  The Eagles improve to 3-19 on the year and 3-4 in the MEAC while the Bulldogs fall to 7-15 with an identical 3-4 mark in conference play.

GREENSBORO, N.C. – Denzel Keyes scored 15 of his 20 points in the final 13 minutes to help North Carolina A&T rally from a 17-point deficit and knock off North Carolina Central 70-64 on Saturday.

HAMPTON, Va. – The Florida A&M Men’s Basketball team took command in the second half Saturday, then outlasted the homestanding Hampton Pirates, 75-71 in a Mid-Eastern Athletic Conference contest at the HU Convocation Center.

NORFOLK, Va. – Sophomore Steven Whitley hit a shot off the glass at the buzzer to give the Norfolk State men’s basketball team a 71-70 win over Bethune-Cookman on Saturday evening at Joseph Echols Hall.