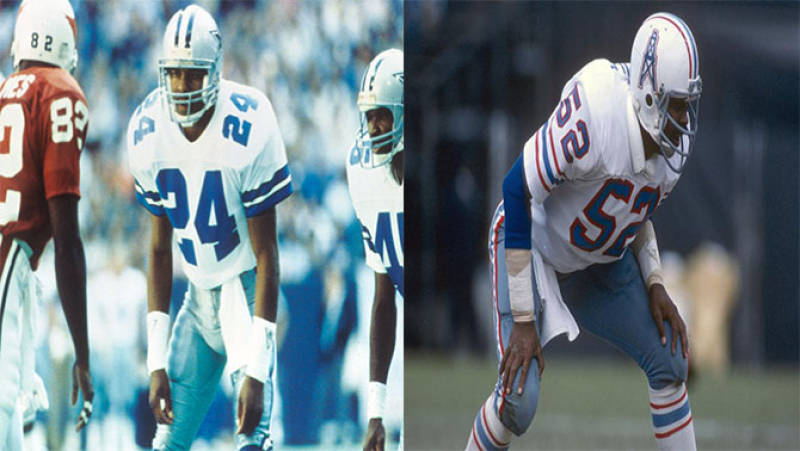 Southwestern Athletic Conference (SWAC) football legends Everson Walls of Grambling State lore has been named as one of 15 finalists for the National Football League’s Hall of Fame. Robert Brazile, a Jackson State alum, was nominated as one of two by the senior committee.

The announcement will take place the day before Super Bowl LII in Minnesota on Feb. 3. Walls and Brazile are accompanied by some great candidates, including first-ballot standouts Ray Lewis, Randy Moss, Steve Hutchinson and Brian Urlacher.

The seniors committee has nominated guard Jerry Kramer and Brazile. Players and coaches that predate the 25-year window are considered by the Senior Selection Committee.

A candidate must receive 80 percent of the vote to be inducted from the 48-member committee. The selection process bylaws provide that four to eight inductees will be selected.

Inductions will be in August at the Canton, Ohio, shrine.

This is the furthest that Walls have made it in the voting process and is in his final year of eligibility as a modern-day finalist.

Among Walls’ accomplishments include leading the NFL with 11 interceptions as a rookie in 1981, which still stands as the most by a first-year player in NFL history. Walls is also the only cornerback in NFL history to lead the league in interceptions three different times (1981, 1982 and 1985).

The 58-year old Walls is a four-time Pro Bowler who graduated from Grambling State in 1981 and went undrafted. The Dallas, TX native rose to prominence, however, as he would go on to become a three-time First Team All-Pro, make the 1981 PFWA All-Rookie Team, and win Super Bowl XV with the New York Giants in 1990. The 14-year veteran would tally 57 interceptions for 504 return yards with one returned for a touchdown.

Walls played for the Dallas Cowboys from 1981-89 before moving on to the division rival New York Giants, where he helped Bill Parcells and Bill Belichick win a Super Bowl. A celebratory Walls made the cover of Sports Illustrated following the Giants 20-19 win over the Bills to end the 1990 season.

The 64-year-old Brazile was the sixth pick in the 1975 NFL Draft by the Houston Oilers, where he would spend his entire career through 1984.

Nicknamed “Dr. Doom”, Brazile was a seven-time Pro Bowler, five-time First Team All-Pro, the NFL Defensive Rookie of the Year in 1975, and a member of the NFL 1970s All-Decade Team. As a linebacker, the Mobile, Ala. native made 13 interceptions, with an unofficial sack total of 48 (sacks did not become an official statistic until 1982), and was credited with making 1,281 tackles for the second most in the Houston Oilers/Tennessee Titans history.

Parts of this report are courtesy of the Associated Press, DallasCowboys.com and NewsburghGazette.com.

HBCU Sports announces finalists for 2017 Band of the Year