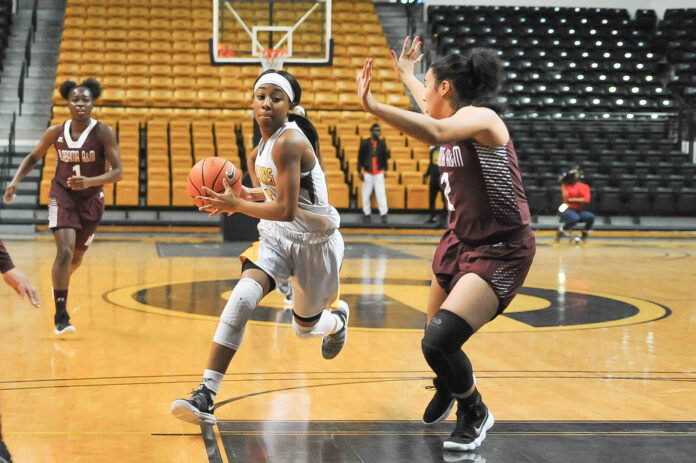 Since Shakyla Hill became only the fourth woman in NCAA basketball history to register a quadruple-double, the Grambling guard has been thrust in the national spotlight.

Her milestone line of 15 points, 10 steals, 10 assists and 10 rebounds in the Tigers’ 93-71 win over Alabama State Wednesday night went viral on social media, received attention from the national press and even resulted in an ESPN SportsCenter interview.

“That’s impressive,” James said about Hill following a Cleveland Cavaliers practice. “It doesn’t matter what level you’re at, or what type of league you’re in — male or female — to get a quadruple-double in any facet … she did it with steals.”

For the record, James has 62-career triple doubles during his NBA career, but he’s never accomplished the rare quadruple-double.

“Big congratulations to her for sure,” said James.