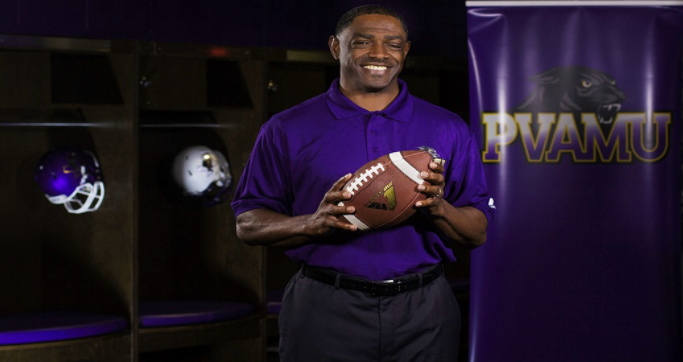 Now that the offseason is in full swing, it is an appropriate time to evaluate the string of HBCU football coaching vacancies that were filled in recent weeks. Some new hires have a long way to go. Others are in a position to possible reap immediate success. Which new hire has the toughest job? Which has the easiest?

The Rattlers haven’t had a winning season since 2011. FAMU ended the 2017 season in the familiar position of near the bottom of the MEAC standings at 3-8.

So the school hired a coach who has not experienced a losing campaign five seasons. Simmons, who is replacing the departed Alex Wood, is expected to help revive a Rattlers offense that, while making marginal improvements in 2017, wasn’t consistent or explosive enough to make up for its shortcomings on defense.

With Simmons, FAMU will get an offensive-minded head coach who has proven since he first became an offensive coordinator at Middle Tennessee State as a 30-year-old that scoring opportunities will be plentiful and frequent.

As offensive coordinator at Alcorn State, Simmons-led offenses routinely ranked in the upper half of the FCS, peaking at nearly 50 points per game in 2014.

At Prairie View, it was more of the same once he took over as head coach, making the Panthers one of the most prolific offenses in the SWAC in addition to creating a culture of winning that the program hadn’t experienced in several decades.

It will take time for FAMU to be immediate contenders in the MEAC again. But at least the Rattlers provided some much needed stability in hiring a coach who has been part of successful rebuilding projects.

Eric Dooley has waited a long time for this.

What the Panthers are getting in Dooley is a coach who has been lauded for his attention to detail as a longtime assistant.

“I think more than anything else, he understands how to build programs,” former Southern coach Pete Richardson said. “He’s learned really well in terms of order and organization. Also, he’s going to demand respect and discipline from his players. The great thing about him is he understands how to recruit. He’s a great recruiter, and he understands talent. He’s well respected in the coaching profession.”

As an offensive coordinator under former head coach Monte Coleman at Arkansas-Pine Bluff, Dooley’s influence turned the Golden Lions into unexpected SWAC champions in 2012 before he eventually moved on to Grambling State.

There, Dooley helped revive the Tigers into an offense that averaged more than 30 points per game, including transforming one-time Ole Miss quarterback DeVante Kincade into SWAC Offensive Player of the Year.

Prairie View slightly regressed in the third season under Simmons, dropping to 6-5 in 2017. The program does, though, have the pieces and investment in place to continue the progress that began during the previous administration that should be aided by Dooley.

Sticking with the offensive coordinator theme, Virginia Union went back to its past to hire Parker, who was a player and coordinator for the Panthers during its glory years in the 90s and early 2000s.

It remains to be seen how much of that familiarity and championship pedigree will factor into the current and future success of Virginia Union, but at least the program has identified a coach who has a background in what winning looks like.

What we do know about Dancy is, from all accounts, that his energy and enthusiasm will serve him well in trying to infuse much of the same into a program that has been unable to be consistently competitive in a number of years.

What we don’t know is how at 33, in his first Division 1 head coaching job, Dancy will try to construct a team. What will his philosophy be? What will he value?

What will help is Mississippi Valley State and Dancy is that the program does have some pieces in place in promising quarterback Christopher Fowler and wide receivers Quinn McElfresh and Steven McIntosh.

Mississippi Valley needs a little energy. Hopefully for that program, Dancy will turn it into wins.

The Golden Lions program had been seemingly directionless for several seasons under former head coach Monte Coleman. After yet another unfulfilled season, Coleman was ousted and replaced by Thomas.

Thomas, who was a former UAPB player, orchestrated a defense at Alcorn State that often ranked near or at the top of the SWAC during his stint as defensive assistant and coordinator.

Arkansas-Pine Bluff desperately needs a head coach to move the program out of the realm of an afterthought. His job will be difficult, though.