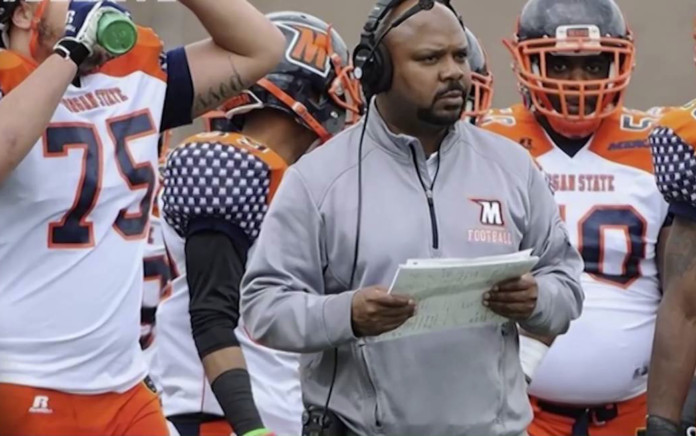 “After having an in-depth opportunity to fully assess all aspects of our football program for the past year, we have decided to go in a new direction” said Scott. “We thank Coach Farrier for his contributions and service to Morgan State University and our football team. We are confident that Coach Jones and the remaining coaches on staff are committed to serving the scholar-athletes in our football program throughout this period of transition.”

Bears assistant coach Jones, who currently serves as the team’s associate head coach and defensive coordinator will assume the interim head coach role for the 2018 season while a national search is conducted for a permanent replacement.

During his term as interim coach, Farrier guided the Bears to a 3-8 overall record and a 3-5 Mid-Eastern Athletic Conference mark. In his first full season after having the interim tag removed, Farrier was unable to build on the previous season posting a 1-10 record, finishing last in the Mid-Eastern Athletic Conference (MEAC). Farrier, who has been with the program since 2014 was as a member of former Head Coach Lee Hull’s coaching staff and was promoted to the full-time position in December 2016.

Before joining the Bears, Coach Jones was previously the head coach at ASA Miami, a two-year college. Prior to that he worked briefly as the running backs coach for UConn in 2014, following a three-year stint at Notre Dame that began in 2011 as the Fighting Irish’s director of player development and engagement. During 2010-11, Jones was associate head coach of the University of Buffalo football team. In addition to his title of associate head coach at Buffalo, Jones coached the Bulls’ cornerbacks and served as recruiting coordinator. Jones’ other head coaching experience came at Alcorn State in 2008.